For most of us, the future presents us with the opportunity to plan, escape and thrive in adventure. Yet it’s too often our experiences are rivaled against expectations, and the memories gained compete with the thought of the next plan that has already begun to churn in our minds before we even return home. 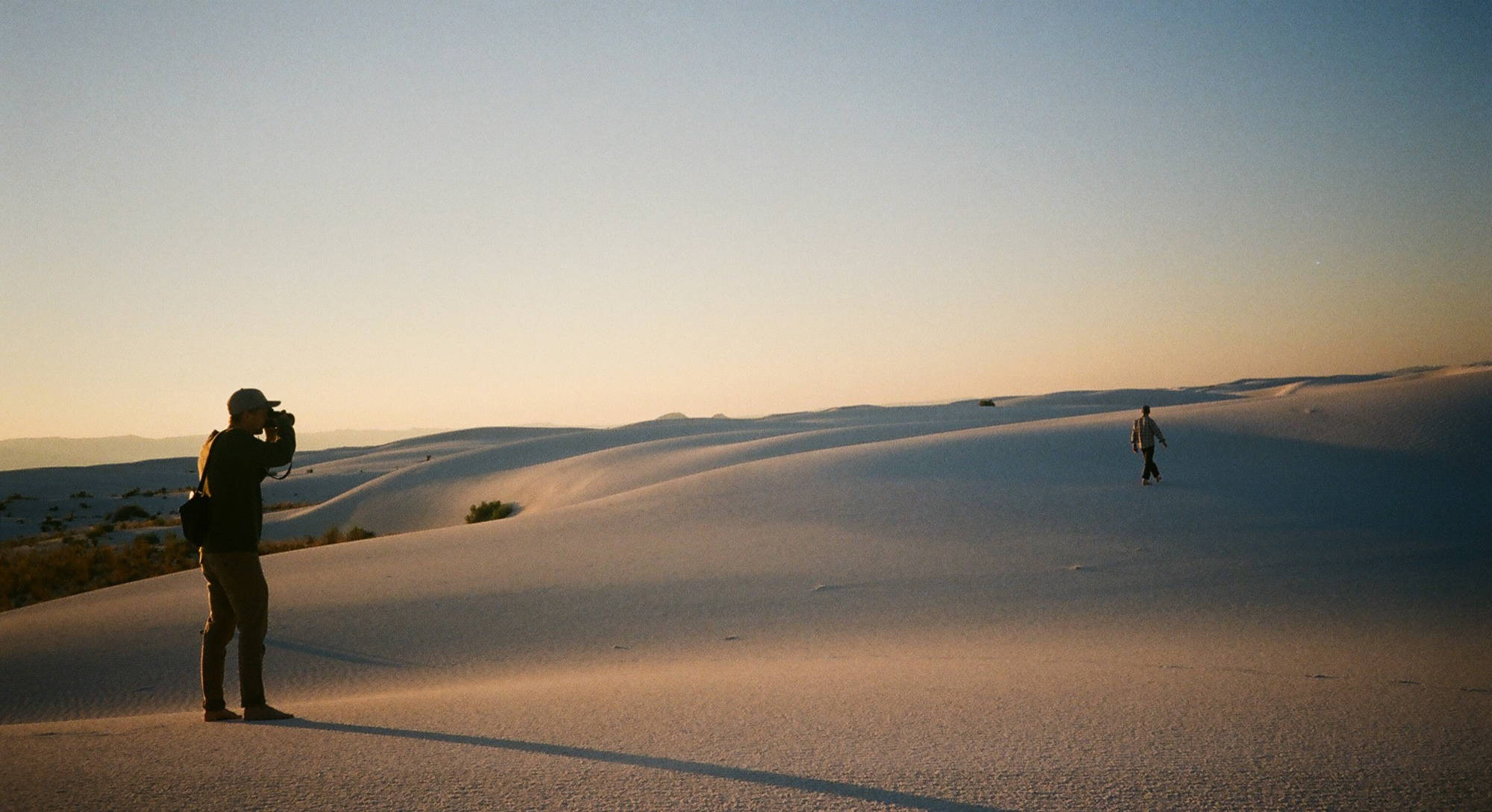 There are few moments in our lives where the expectations, moments and memories all come together to create a feeling consistent throughout a process.  The nights spent at White Sands has become one of those rare experiences.  Maybe it was just our crew building on the relationship only cousins could have after 30+ years. Perhaps it was our ability to take the trip as it unfolded. Or it simply could’ve been the landscape; a stark emptiness that made us feel small and unworthy.

And yet the moment was ours. 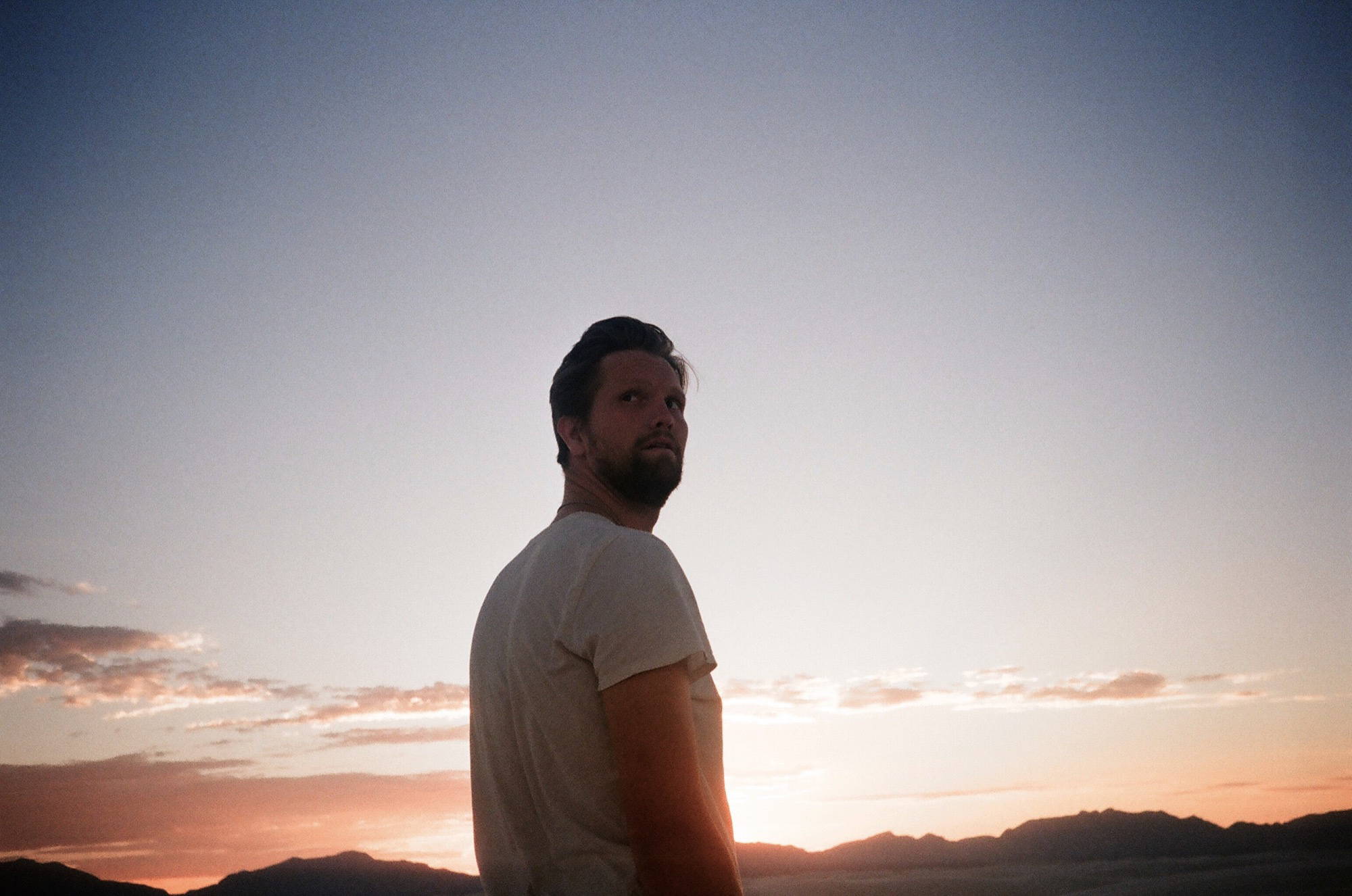 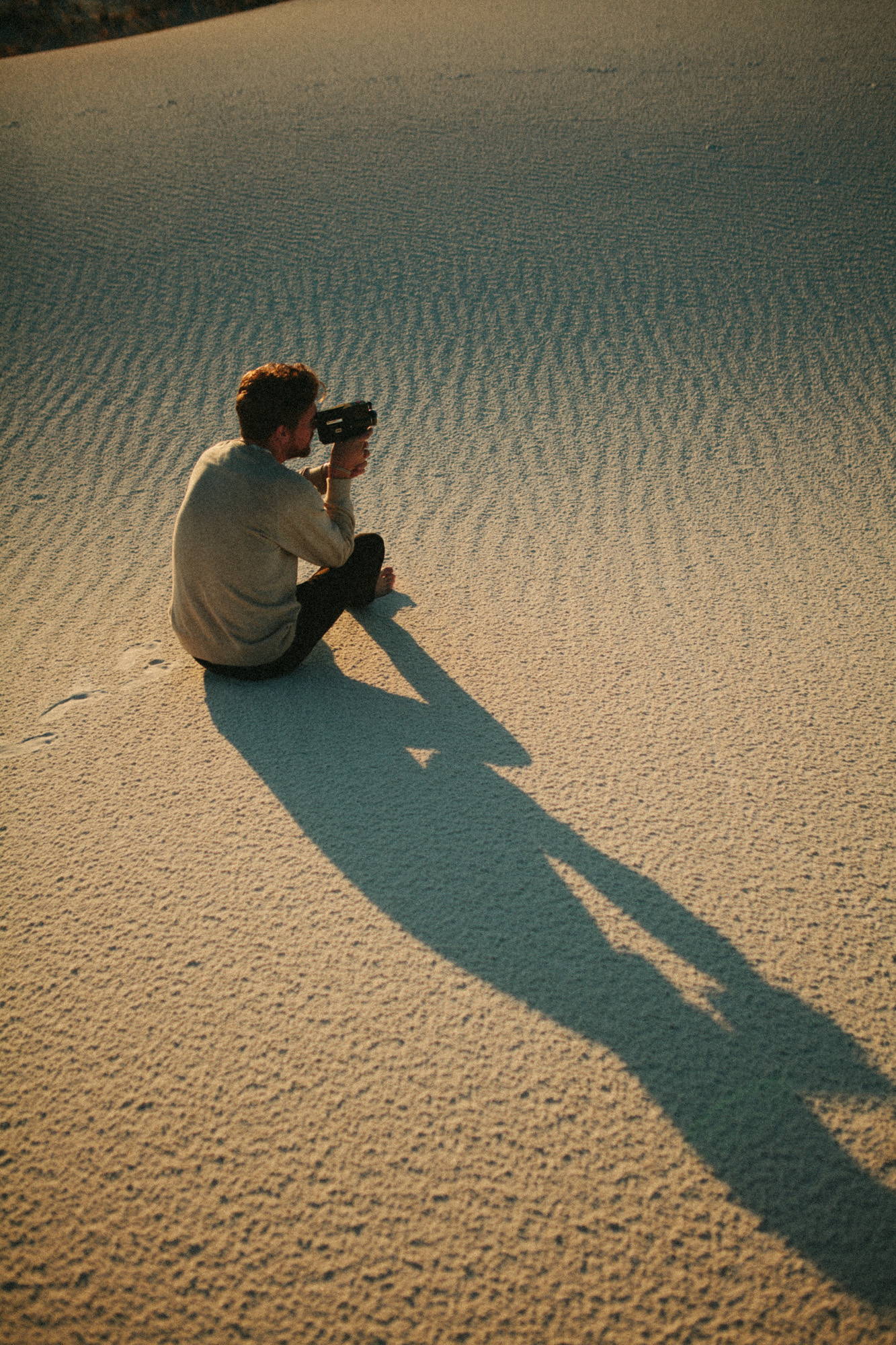 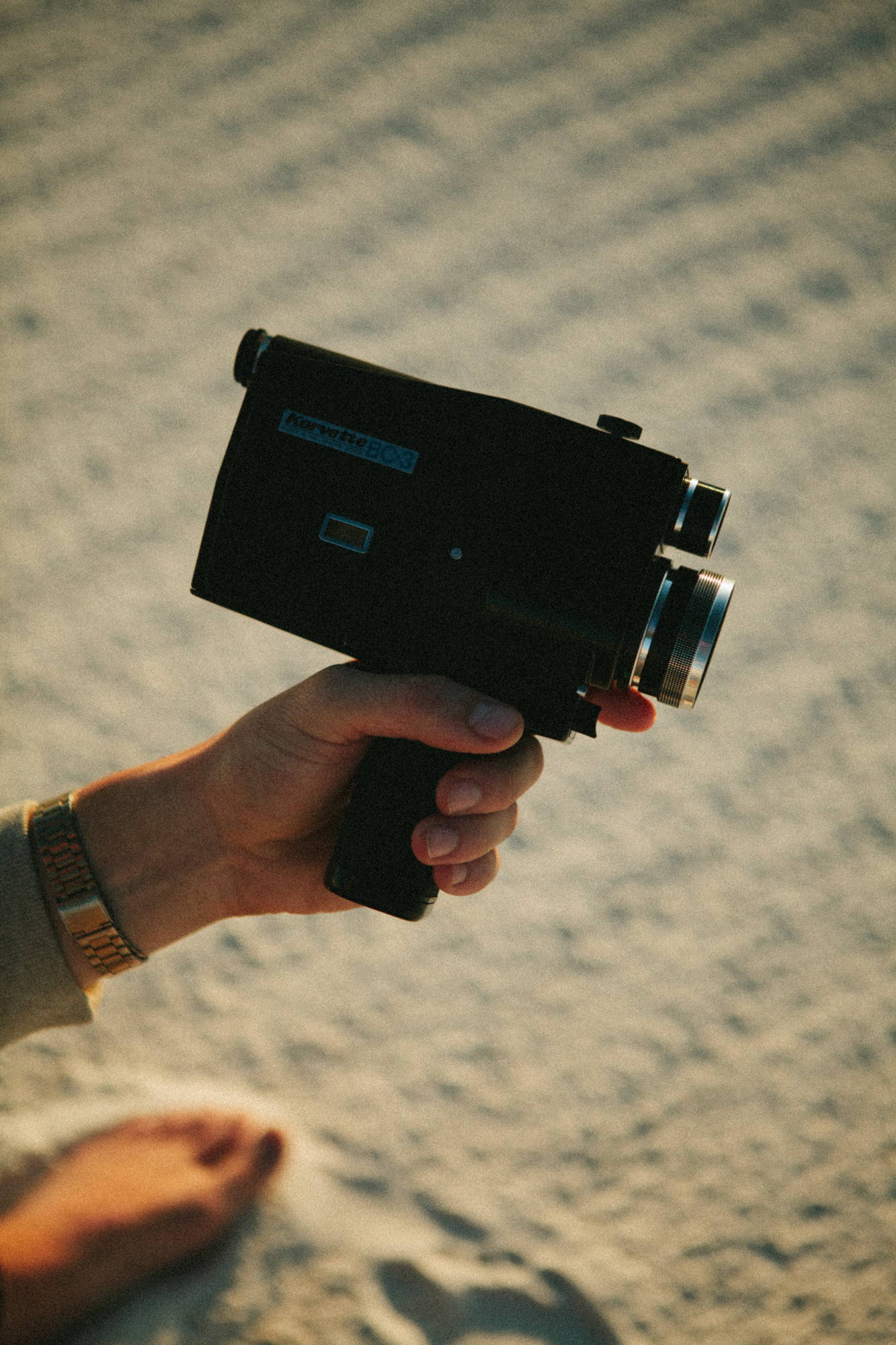 I had been in Southern Colorado on a fly fishing trip, so I packed up, headed south and awaited the rest of the crew who was plane hopping into Albuquerque.  My brother and cinematographer, Jason, was the first to join me.  After grabbing fuel for the road, both in terms of gas and lunch, we swung back through ABQ to pick up the second set of brothers; Jess, who’s an actor out of LA and Tighe, a director residing in Brooklyn. To top off the fact we’re two sets of brothers, we’re all cousins.  Simply put, our bond had been forged since the day we were born.  Although life had recently taken us our separate ways and there was a sense of reuniting, it also felt as if nothing had changed.  Our passion for adventure had never wavered.

The long, straight roads that split the aired landscape left us in awe, but also with some doubts. Only the occasional tumbleweed or Pronghorn broke the landscape, which was quickly left behind. Our minds wandered, imagining what the dunes had in store for us. 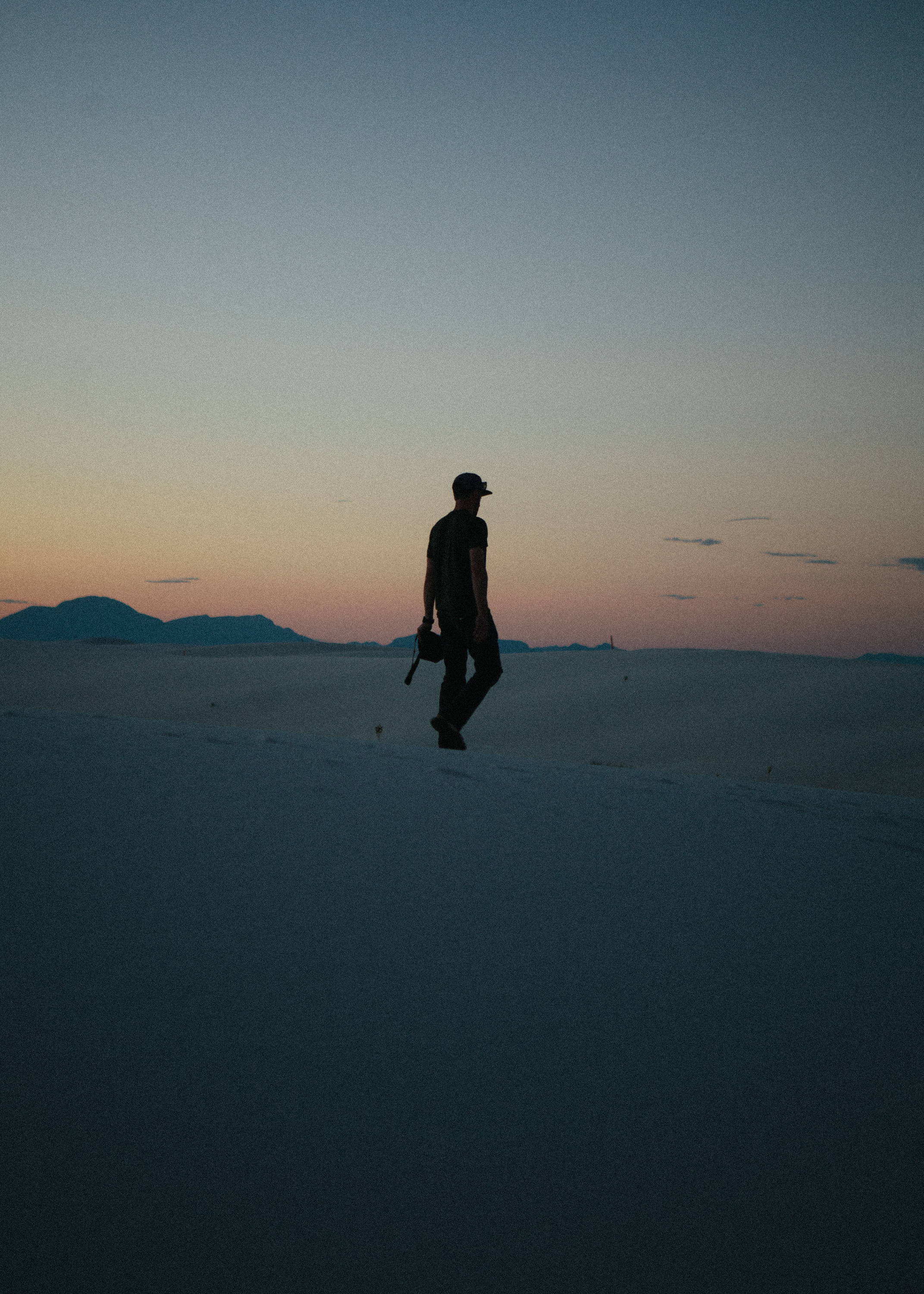 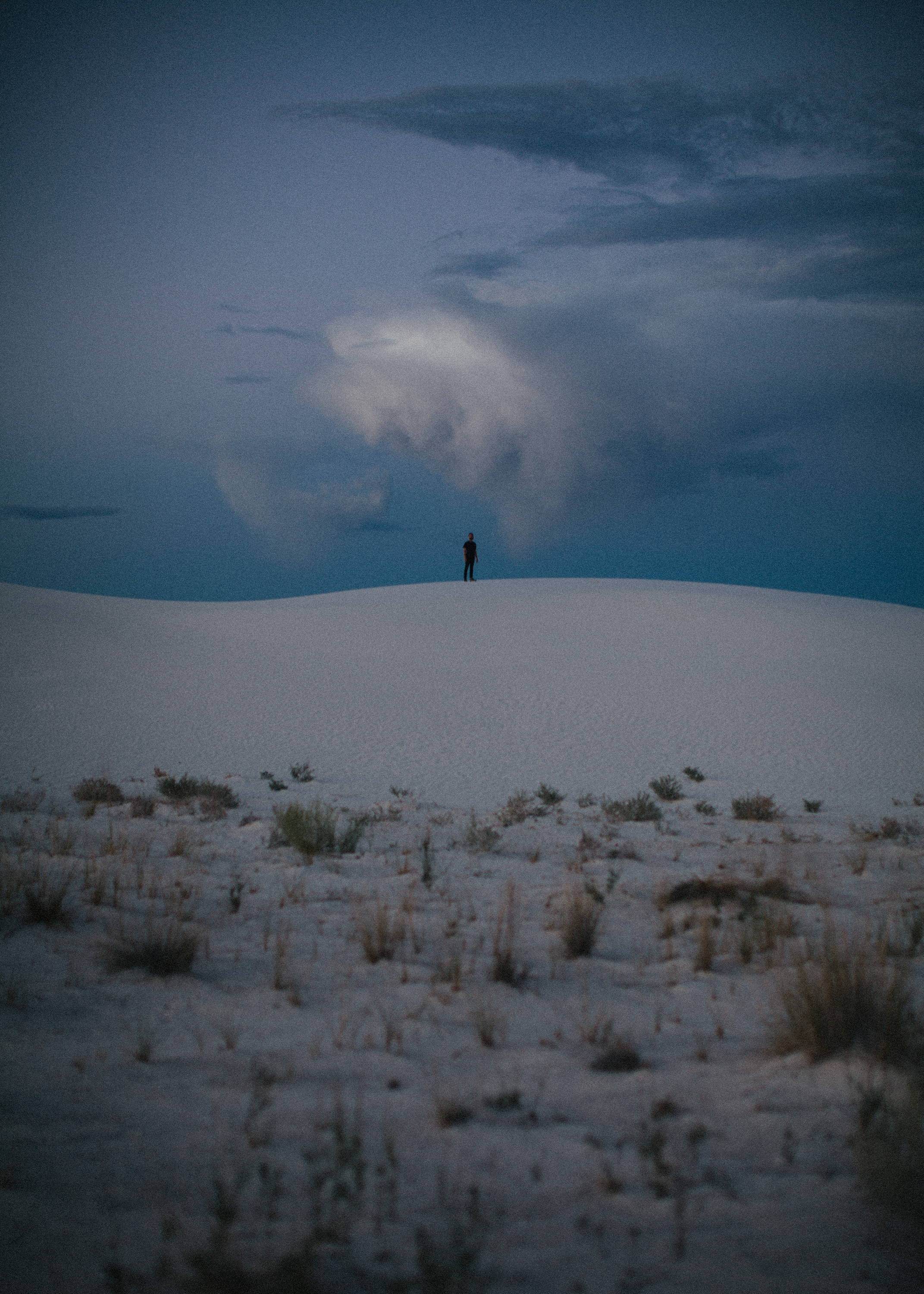 Upon arriving, we immediately felt the power and importance of this unknown place.  We traversed dune after dune, finding nothing and everything at the same time.  It was empty, yet full of possibility. 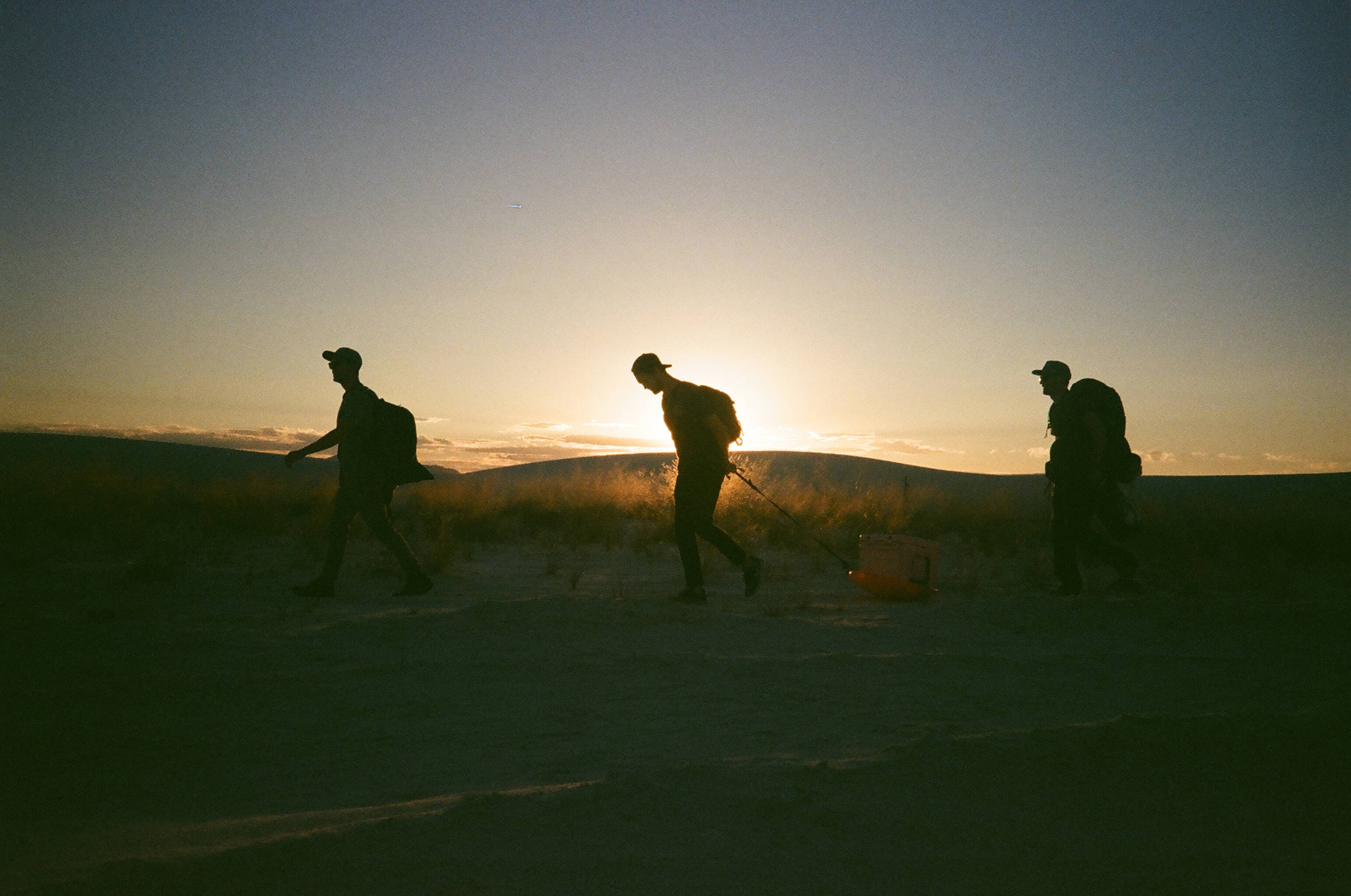 Watching the sun set over the San Andres Mountains felt as if the dunes were giving us one last grasp of beauty, but it only gave way to the stars and moon who out shone the distant glimmer of lights in Alamogordo.

As the cool desert breeze fluttered our makeshift headlamp-in-a-paper bag campfire, a tranquil silence would over take us between stories and laughs. Time seemed to stand still.  It was in appreciation to the moment, in awe of our surroundings, both in nature and in company. It was as if each of us knew this moment in the making would be one that we would remember forever. 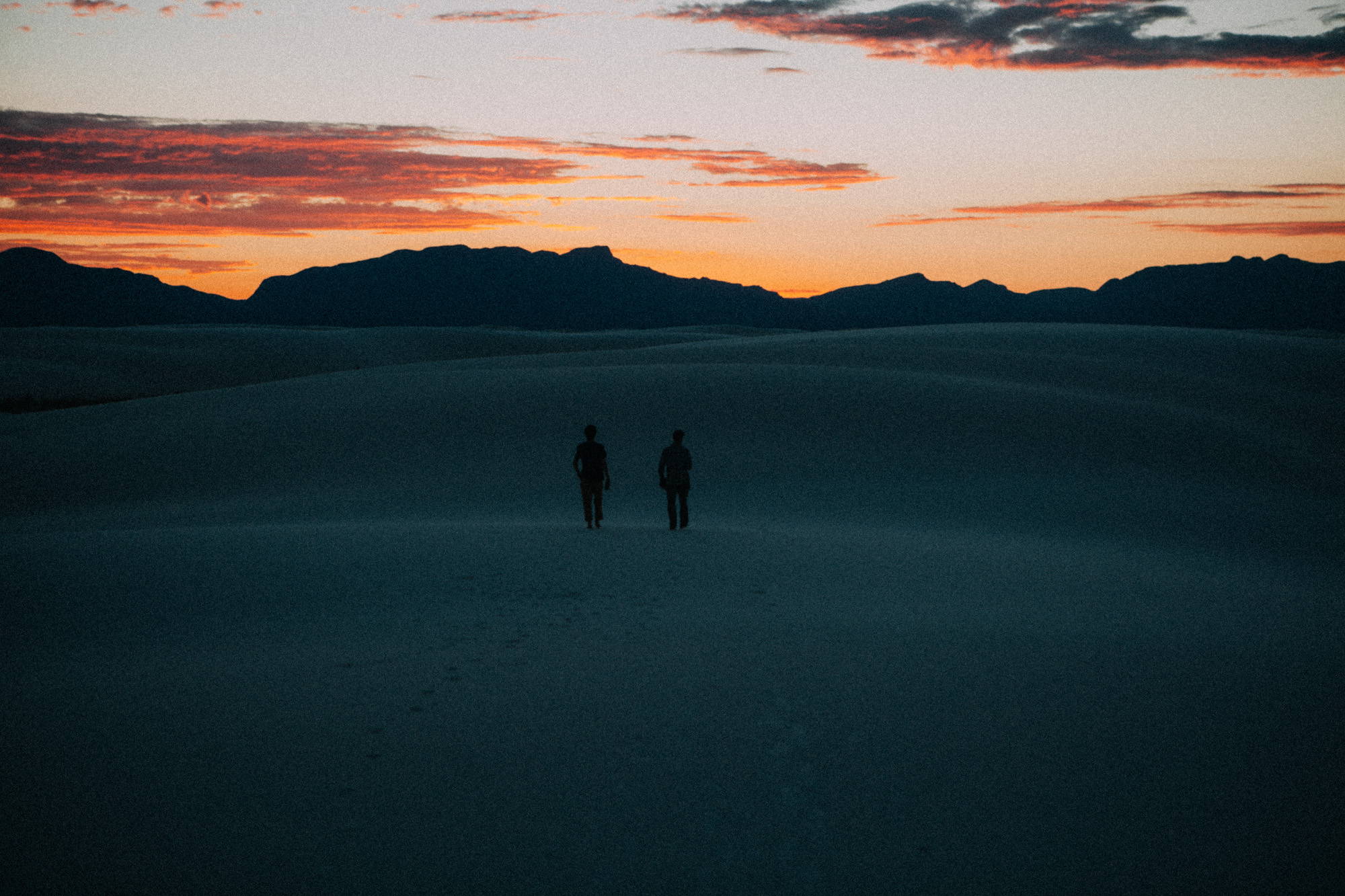 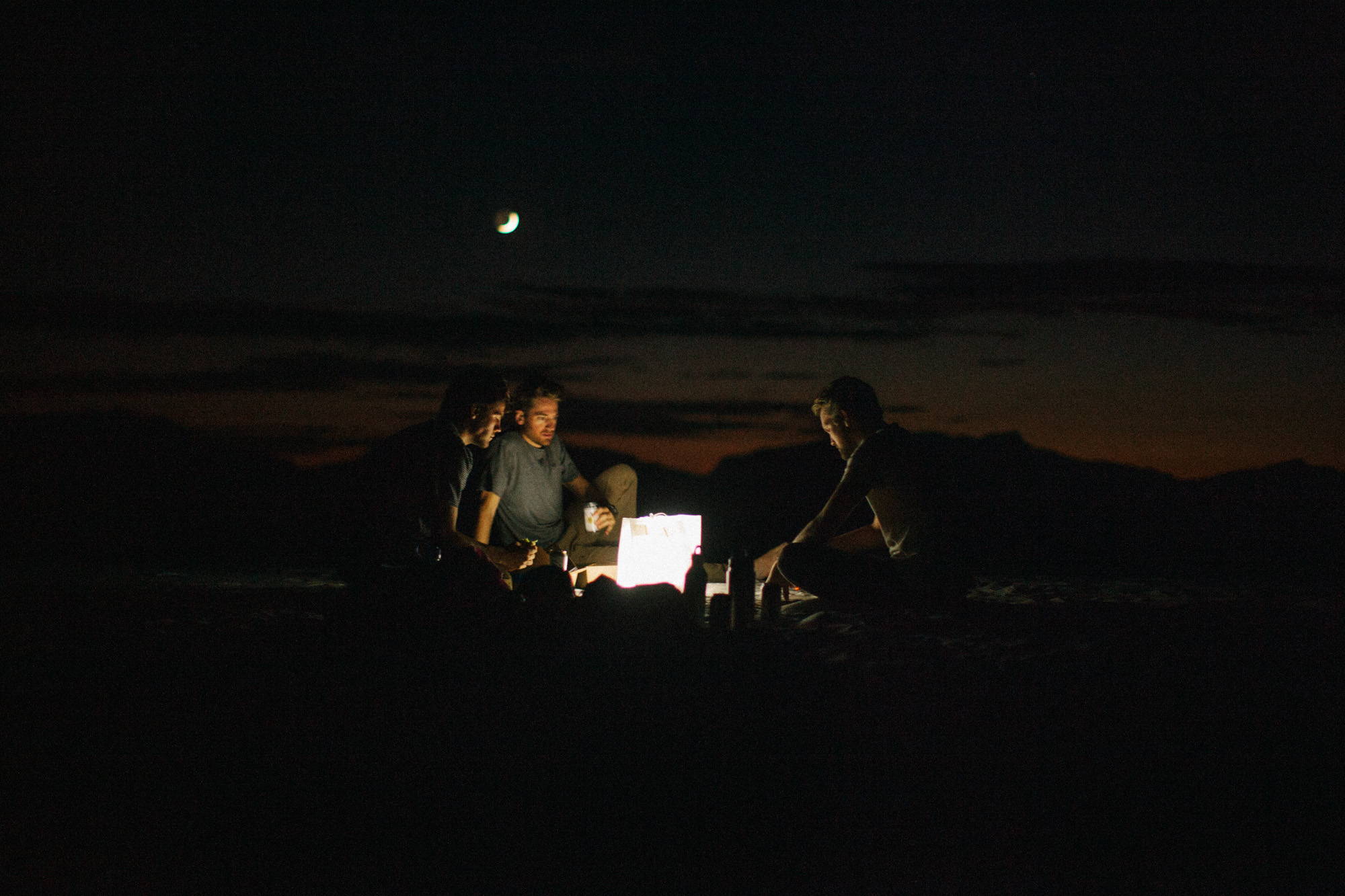 As creators we have the ability to capture moments through our images that invoke true feelings; ones that will take us back to that exact instant in time. Tangible to the eye, refreshening to the mind.  The memories and images we created over those few days are one and the same. They depict it as it was and complement our memories. No false romanticized trip or unrealized expectations. For those who were not present, it was the chance to create texture, emotion and atmosphere in just a few captures.  Many of us create for ourselves to preserve a memory.  However, that will only honor the few. The opportunity we have to inspire the masses is endless. 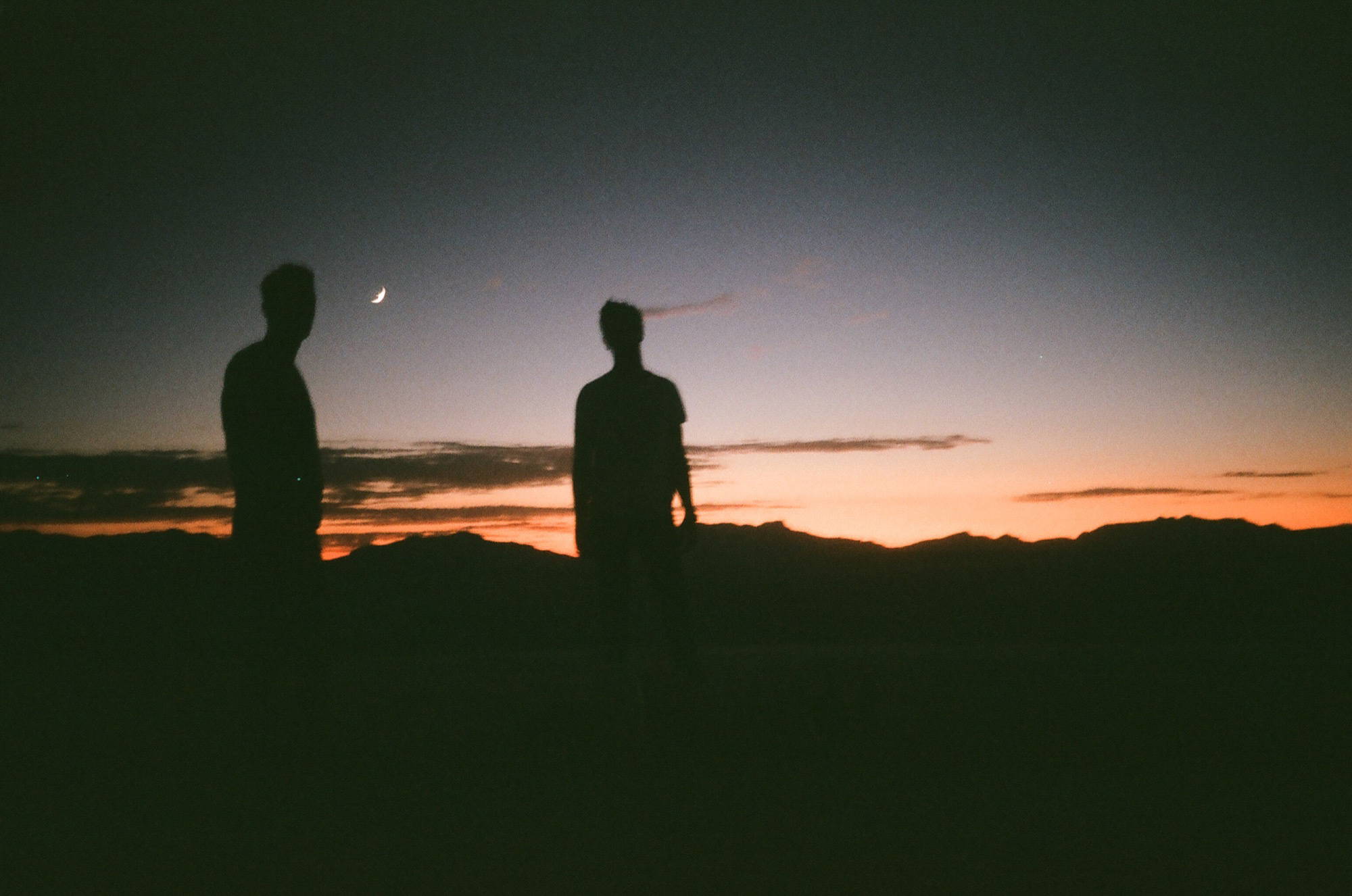 Film culture delivered to your inbox.