Johnny Komar is a humble, soft spoken guy with an outlook on life that has been shaped by his formative years. He appreciates well-made items and friendships forged in the trenches. Earning his respect is bound by hard work and loyalty, values he himself embodies daily. He’ll easily set aside his agenda in order to lend a hand in fulfilling the vision on someone else’s project. It’s a mentality that not only builds community, but seems to enrich his own life by putting him in places that connect him with people he might not have otherwise encountered. 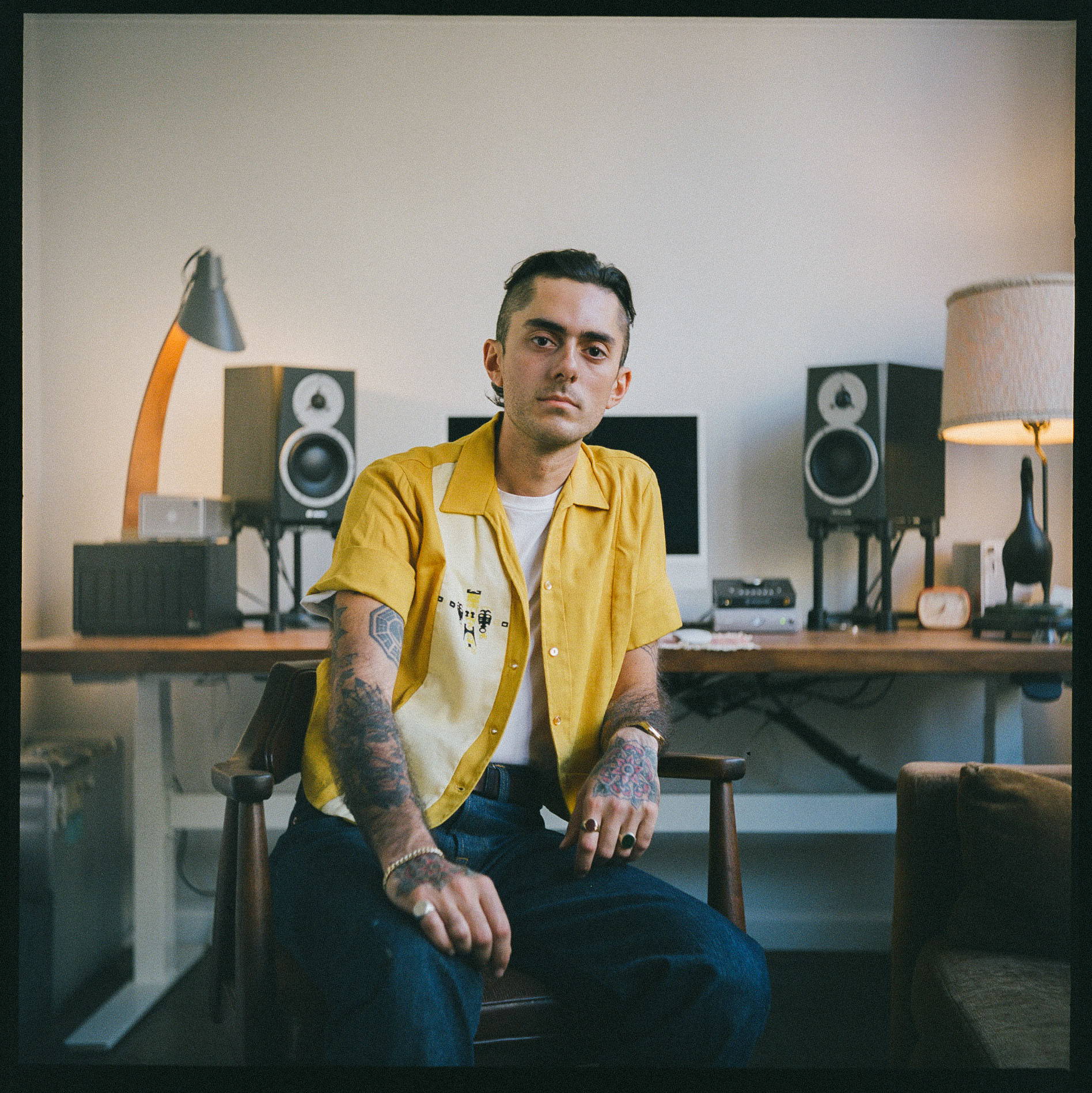 Born Rival: Thanks for sitting down with us Johnny. Let's start with a little background on where you grew up, what your childhood was like?
Johnny Komar: I grew up in Clifton, NJ which is 20 to 30 miles west of NYC, but I was actually born in Romania and was adopted. North Jersey is all I really know. I do have photos of me as a little baby, and it’s really fascinating because my life would’ve been completely different had I stayed there. I think now that I’m older and think about it more, it gives me a different perspective on life. I’m just really fortunate in that it could’ve been one way but instead its almost the total opposite in being fortunate enough to have the things we have here. I don’t really take anything for granted because I just value everything that I have in my life.

BR: What was your path in becoming a cinematographer?
JK: I’ve had the opportunity to try and sort of sample every single position in the whole film process, and with that I am most drawn to cinematography and just having hands on with the camera. Then, secondarily, I’m working with motion graphics and animation. With both of those combined I can make a living, which is for me personally a dream come true.

BR: What inspires you off set?
JK: I’m really drawn to older things and older items. I have this weird connection to older things where the craftsmanship and its like ‘oh this thing has lasted this long and it’s still in this great condition’. Whether its clothing, whether it’s mopeds, or little two stroke engines or cars. Even film cameras. Anything that has something texturally different, I tend to find them a little more organic.

I think back before the 2000s, there was just time and a level of detail that’s put into things that isn’t necessarily seen today in the masses or mass production. There’s so much time and thought that went into older things that you just don’t see now and things were just more well-made. Even with the Bronco, it is just a rock solid thing and you’re not going to see that unless you’re paying a very high premium for it. And with clothing, whether it’s the style or design, I’m just drawn to it a little more. It’s just this feeling of confidence, and that’s where I gain a lot of inspiration.

BR: Let’s talk about your process, both as it relates to filmmaking as well as your day to day routine.
JK: Theres multiple factors. There’s your personal self and what you personally have to do. It is also the people you surround yourself with. I think surrounding yourself with your squad, the people you can trust and vibe well with, which you can get along with as friends but who also do awesome work, that’s half the battle. Surrounding yourself with incredible and very talented people who can help you accomplish your vision as well as complete a project to make clients happy that will also make yourselves happy is ultimately it.

And then personally I’m really simple. I value my alone time. I really love being alone. It helps me sort of take a step back and process things. I’ll take a walk, ride a moped… I could take a drive but that’s a little more annoying in the city… but I’ll ride my skateboard, ride my bike. Any two wheeled or multiple wheeled thing usually helps me so I can decompress and almost meditate. I also love drinking coffee so i’ll go to a coffee shop and just sit down and think about ideas. 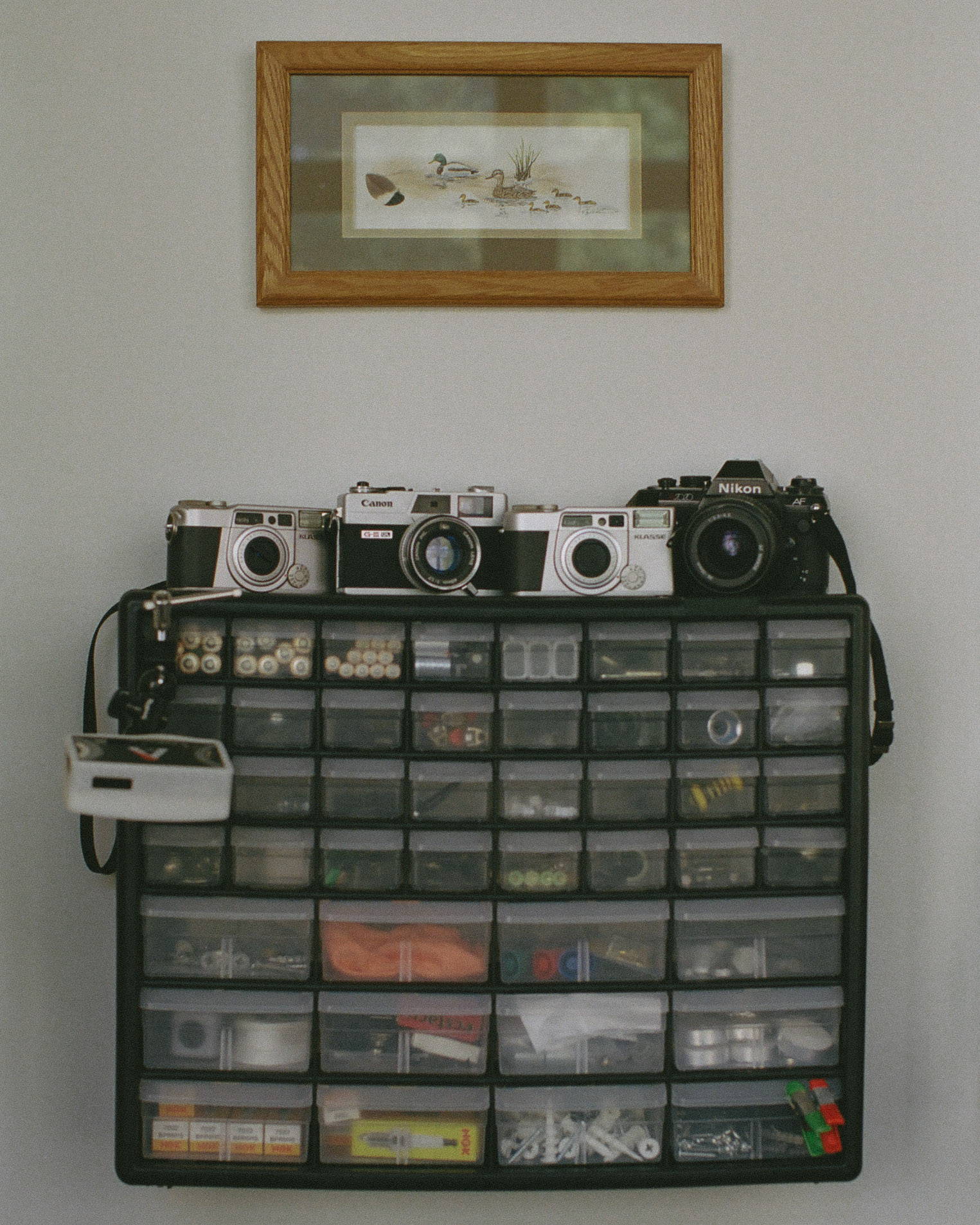 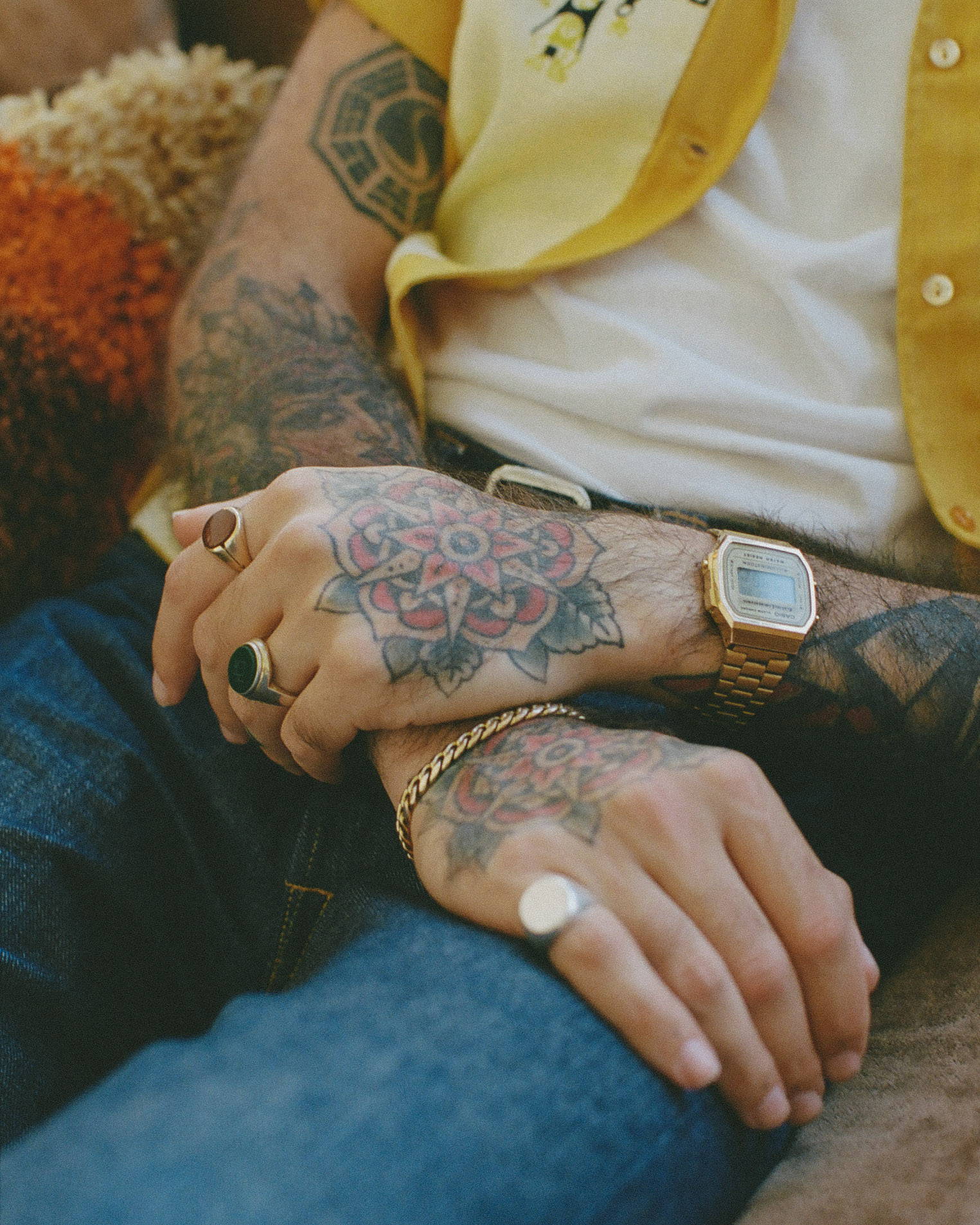 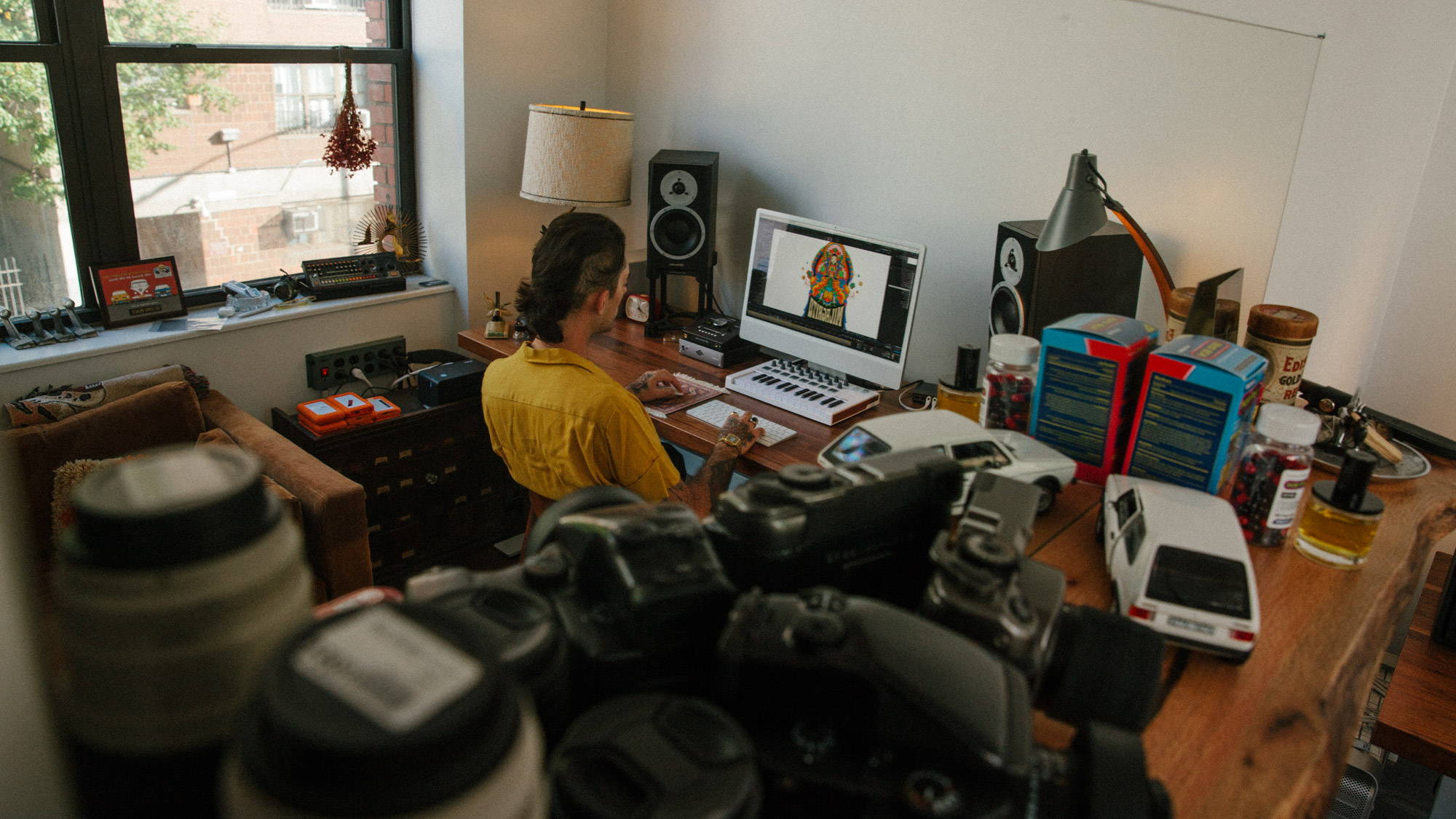 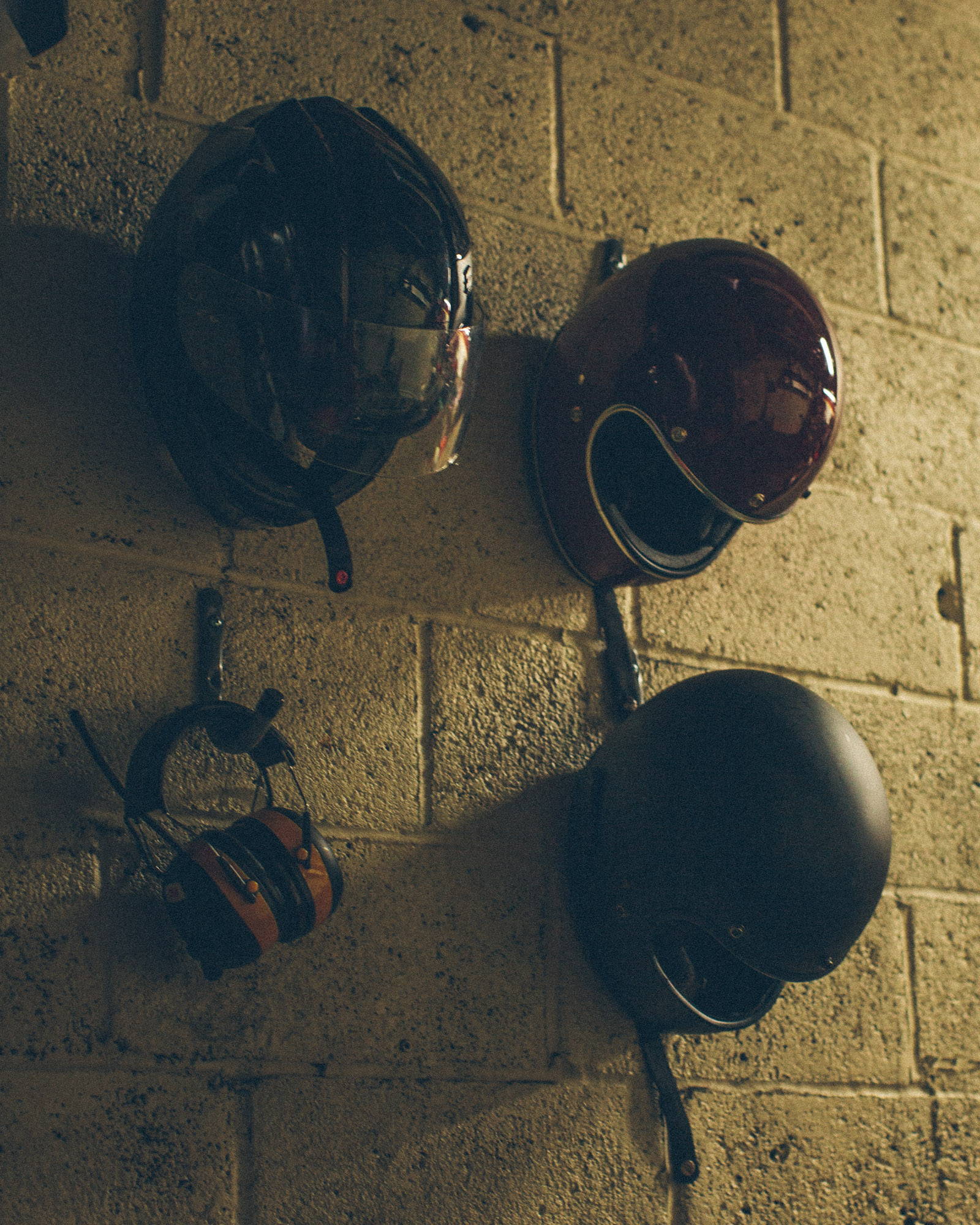 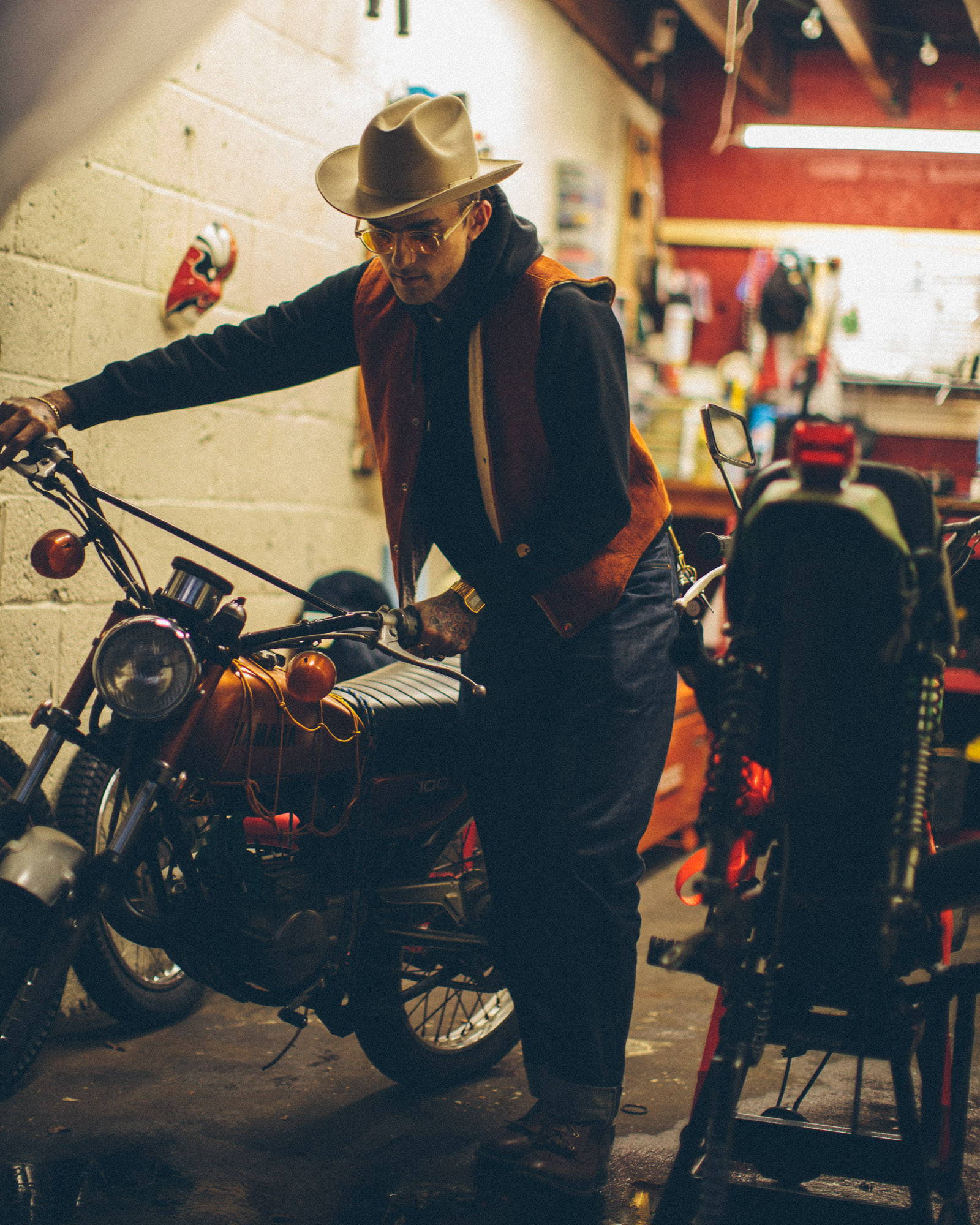 BR: What’s the film community like here in New York?
JK: Here in New York everyone’s very supportive. It’s very rare you’ll find people who aren’t or who are just in it for themselves. I think everyone ultimately wants to help each other and raise everybody up. It’s like when you meet people that you vibe with, like the ride-or-dies I have who I know I’ll work with and be friends with forever. It’s an awesome feeling.

BR: How do you overcome self-doubt?
JK: I think we’ve all had moments of self-doubt. The narrative of ‘how come I’m not at this level in my career, I’m already 30 years old…’ is common, but you can’t beat yourself up about that because you’ll get where you need to be even if it takes a little longer. It’s just a balancing act of doing the stuff to make a living, even if it’s the boring stupid corporate jobs, but then you have to counteract that by doing the shit you want to do. Maybe it’s saving up a few extra bucks to make that short film you really want to make. It’s going after those self-fulfilling projects that can help balance things.

BR: What message or perspective are you trying to portray through your work?
JK: I think for anyone working professionally in the film industry there’s such a demand for content. People can get so lost in the ‘we need to make shit, we need to pump out all this content’ and your personal creative vision gets watered down. It’s going to happen anywhere really, but especially in the commercial world. It’s hard in my opinion to reach a certain level to get hired to do exactly what you want to do, where it’s your vision and you can do whatever the f*ck you want kind of thing, which I think that’s the ultimate goal for most people. But to get there is hard. I hope that the stuff I’m doing can one day resonate with someone else, even someone just starting out, and who would be like ‘I want to do that’. That creates the next person or generation that wants to achieve that goal. I think it’s as simple as that; inspiring others and pass the torch for them to do something next.

BR: What makes filmmaking so compelling to you?
JK: It’s funny because I love people, but I’m also very introverted. In a way filmmaking is that weird way of peering into other people’s lives that you would normally never see. That’s also what I love about it too, just being in these weird, random homes or situations that you would never dream of being otherwise.

There’s such value in good people, and again I want to surround myself with those people and I think other people do as well. So I think its just trying to become the best version of yourself and just keep working on yourself, and that’s something I try to do every single day.

BR: As you noted, many projects are subject to the surrender of creative control or other client based decisions. Where do you find the reward in the projects you are apart of?
JK: With filmmaking or even animation, there’s so much pre-production and general work that goes into a project that it’s such a special thing when you need a team to create the vision even if it just pops up on instagram for 60 seconds. So much time and money goes into it so when it all comes together - where the hair’s perfect, the wardrobe’s perfect, the makeup’s perfect, the lighting is perfect and it’s exposed properly - the end product is always super rewarding. 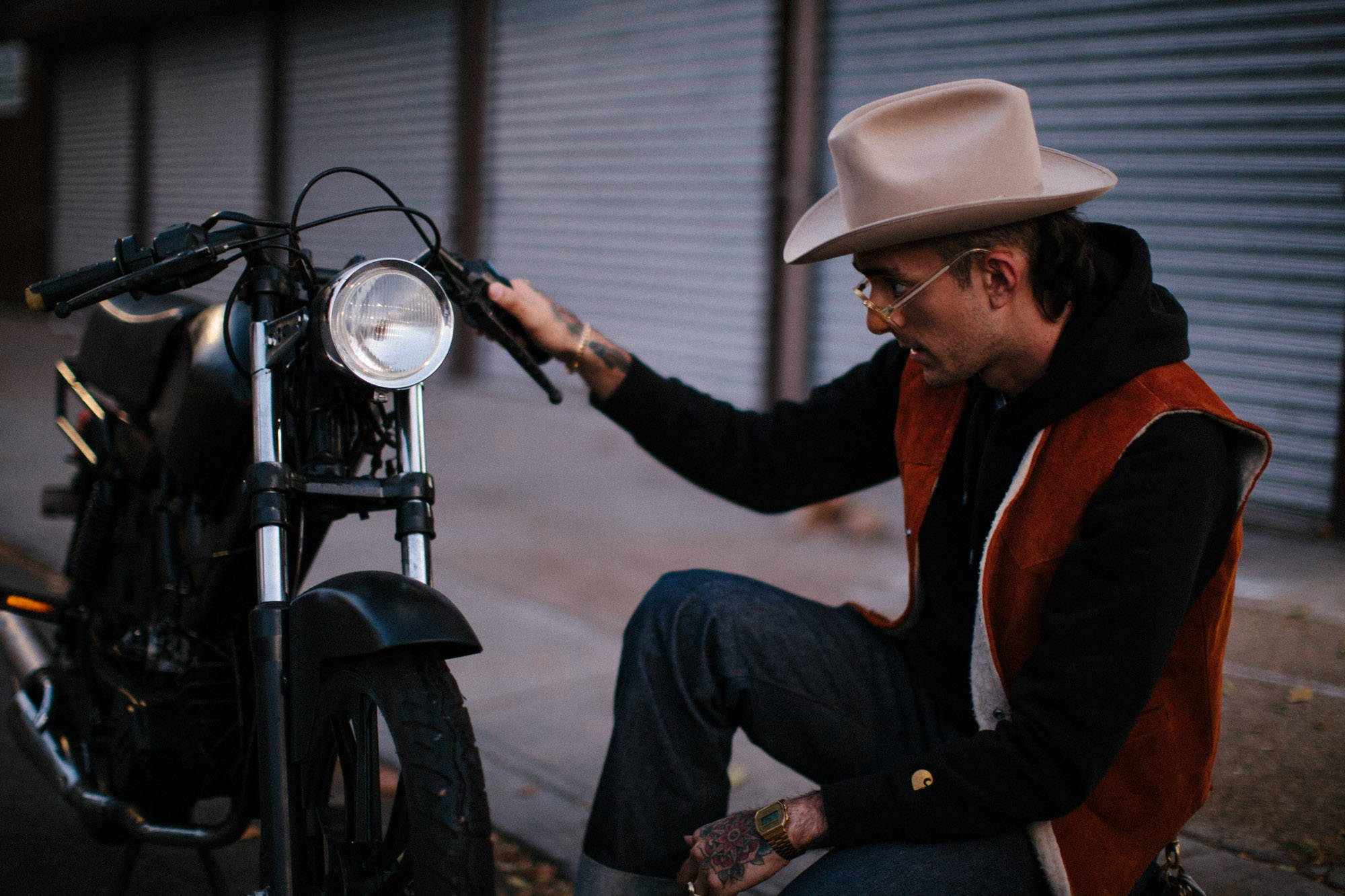 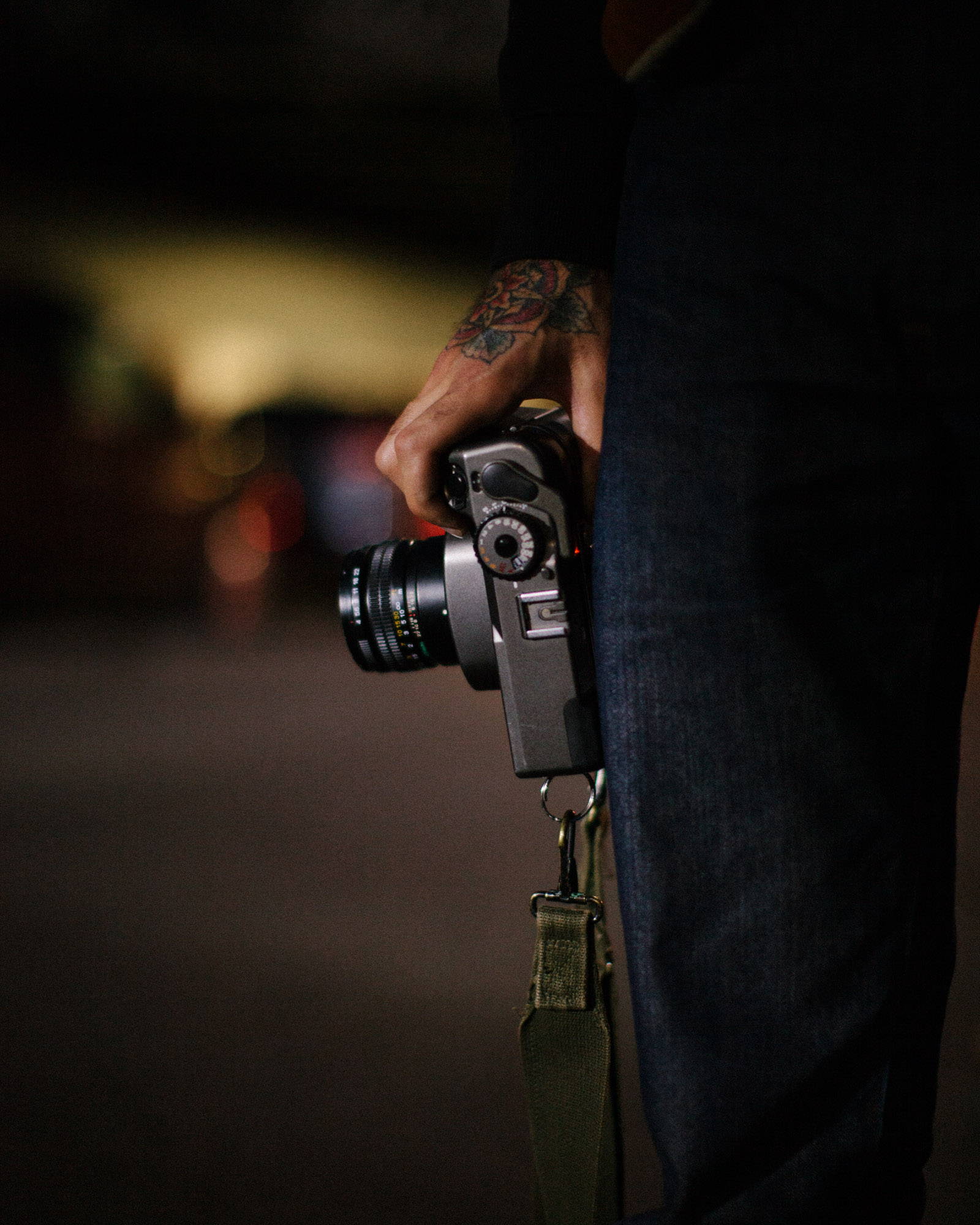 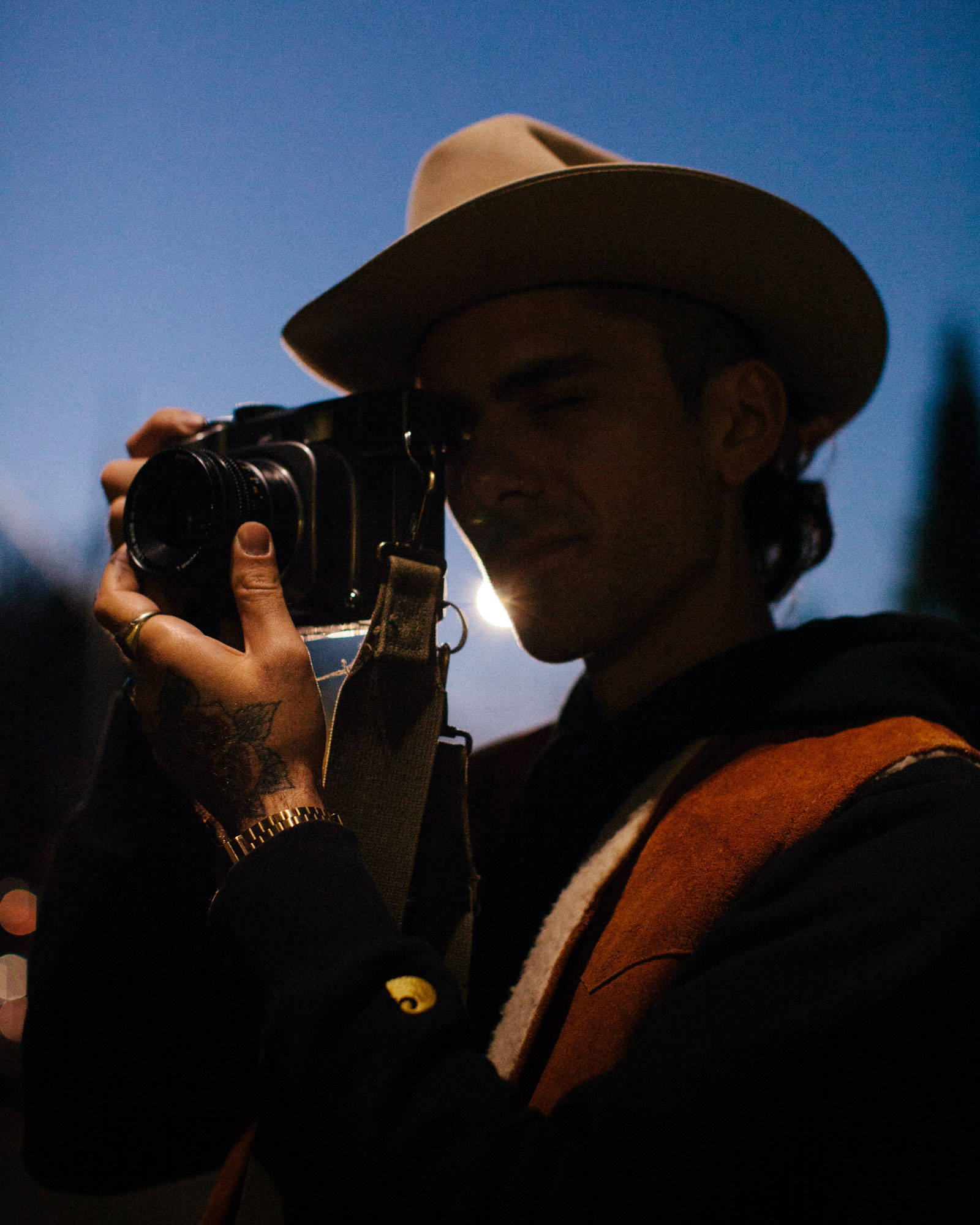 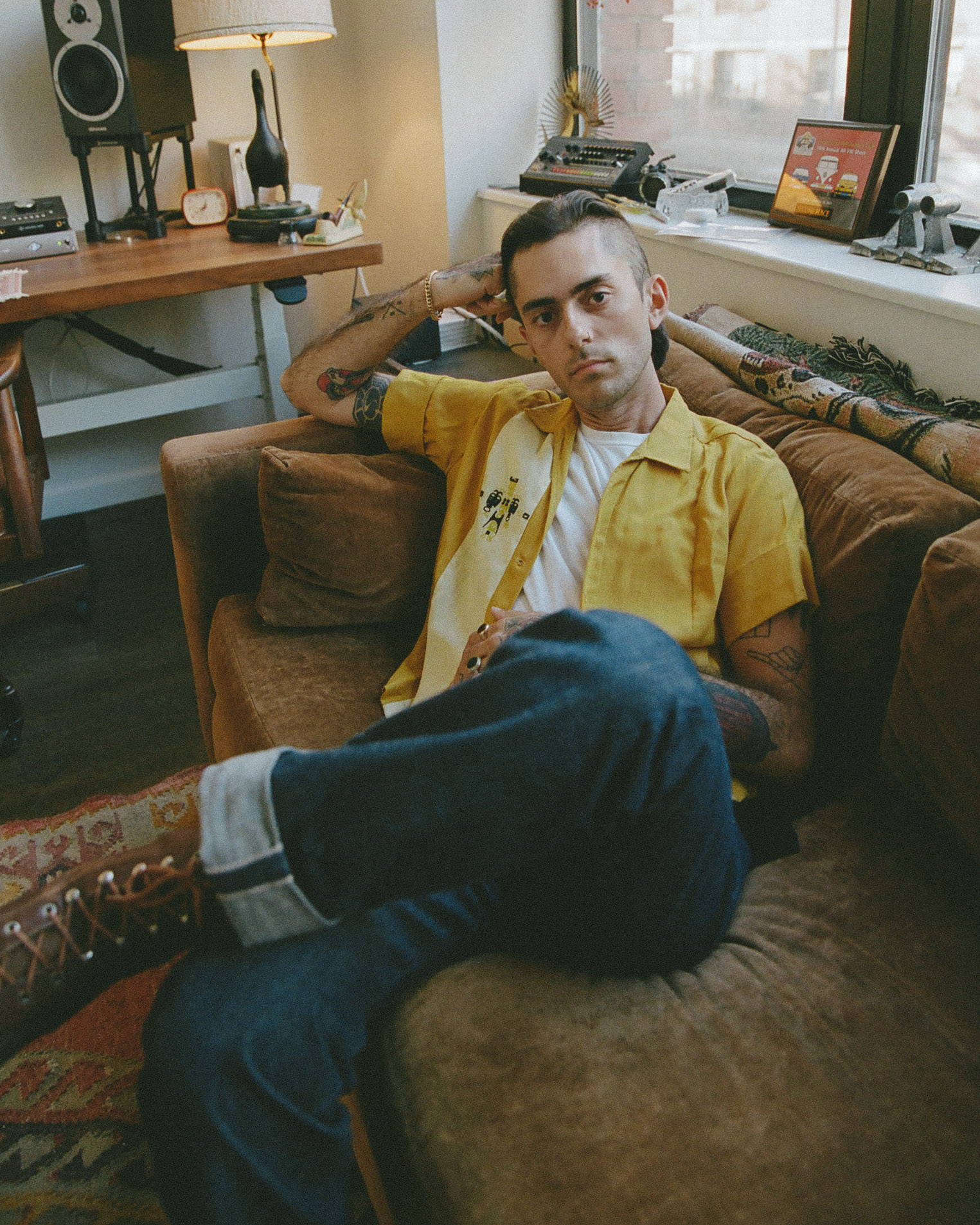 "I hope that the stuff I’m doing can one day resonate with someone else, even someone just starting out, and who would be like 'I want to do that'. "

Film culture delivered to your inbox.