Last Good Film Lab is a fresh take on a timeless service. It started in founding partner Vixxion’s kitchen, where he tested and refined his home developing technique for several years before connecting with fellow creators JMP and Mike Koziel to open a proper lab in the heart of Hollywood in the fall of 2020. Last Good has quickly attracted a passionate, loyal customer base who unabashedly share their love for the lab on social as well as in person. It feels like they’ve curated a cult-like following, which is quite uncommon for a film lab when you stop and think about it. We caught up with Vix to hear more about those early days of film development and how he’s taken that OG lab and turned it into a community hub for those who are passionate about analog photography. 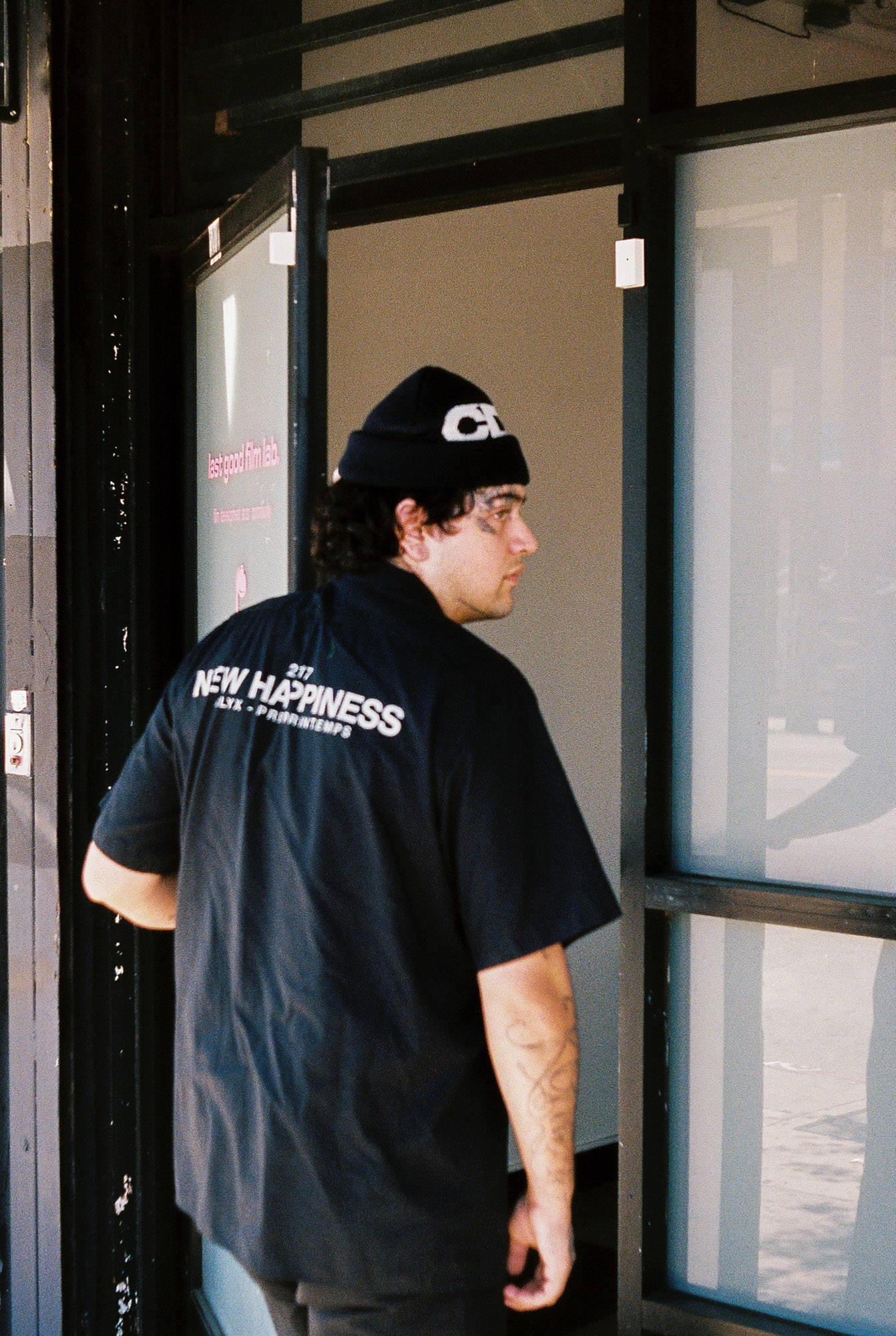 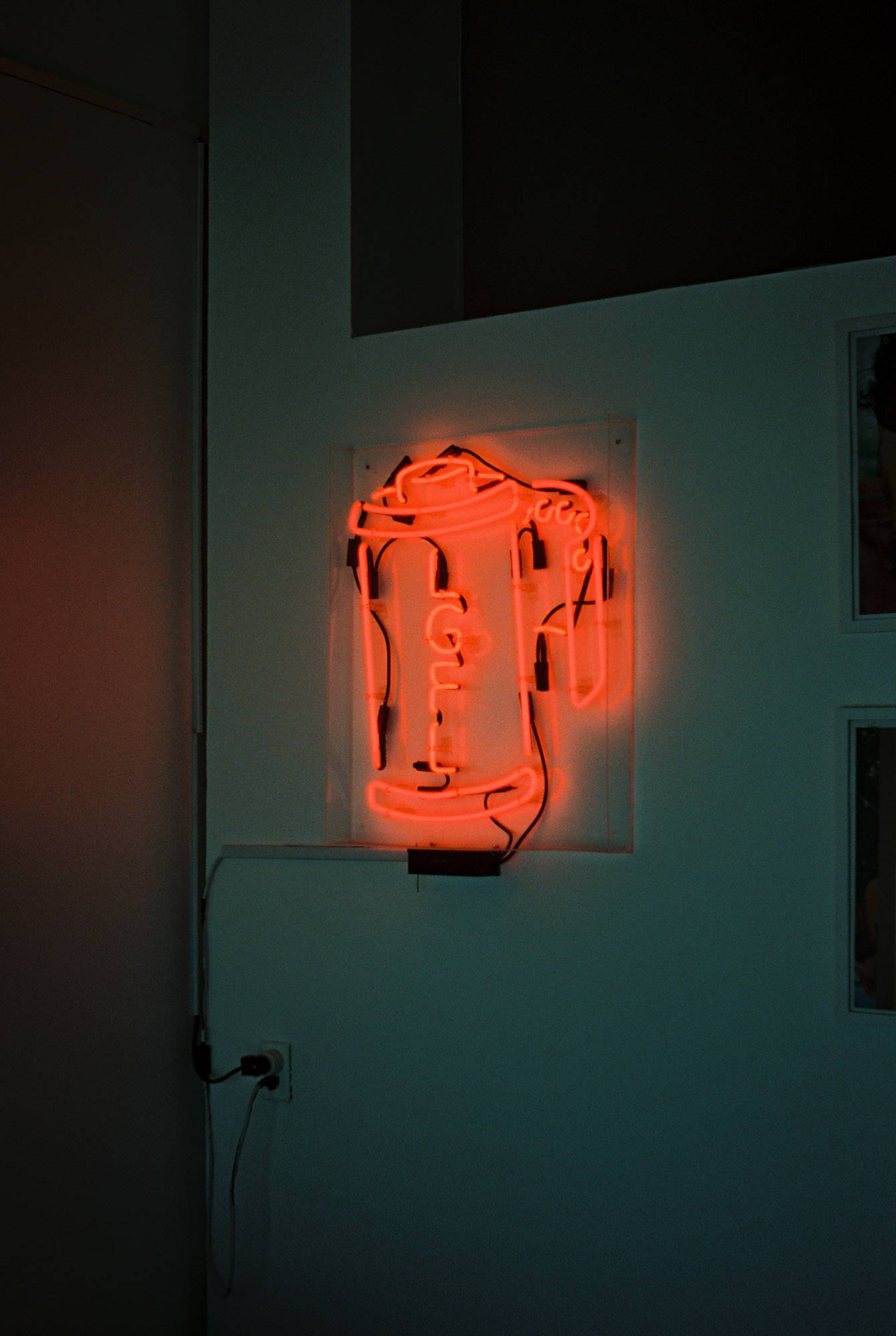 Born Rival: What first attracted you to film?

Vix: When it came to shooting film, I was pretty reluctant to be honest. I was pretty ignorant too. I definitely remember my aunt telling me I should try shooting film and I told her like, um, no… I thought it was lame [laughs]. I guess what kept bringing me back was that I was shooting digital, but I was always editing it to try to make it look like film. I was doing all this extra work at night, trying super hard to edit. I'm a pretty brutally honest person with myself and everybody. I got to a point where I kind of just was like, dude, this is lame. You're trying to replicate something when you could just do the actual thing. I got my own nerves with that. I think it was just me realizing the look I was after was just a different medium and I needed to grow accustomed to that.

BR: How do you feel about the direction that film is going?

Vix: Film is in a new place because it's a new time and is very much alive and well. Young people are not afraid to get into it and it's not as intimidating as it was when I was getting into it. The older generation often explained the process in a more technical way and I strongly believe that complicated the process for most people.

In today's day and age, the hype is real. I think there's a good percentage of people who are more attracted to the label of being a “film shooter” than appreciating all the individual film stocks themselves, the different types, the packaging, etc. A lot of people care more about the digital scans of the film versus the actual negatives. Some of our clients don’t even want to keep the negatives, which I think kind of defeats the purpose of shooting film. But I hope we start to see a shift away from that kind of mentality. 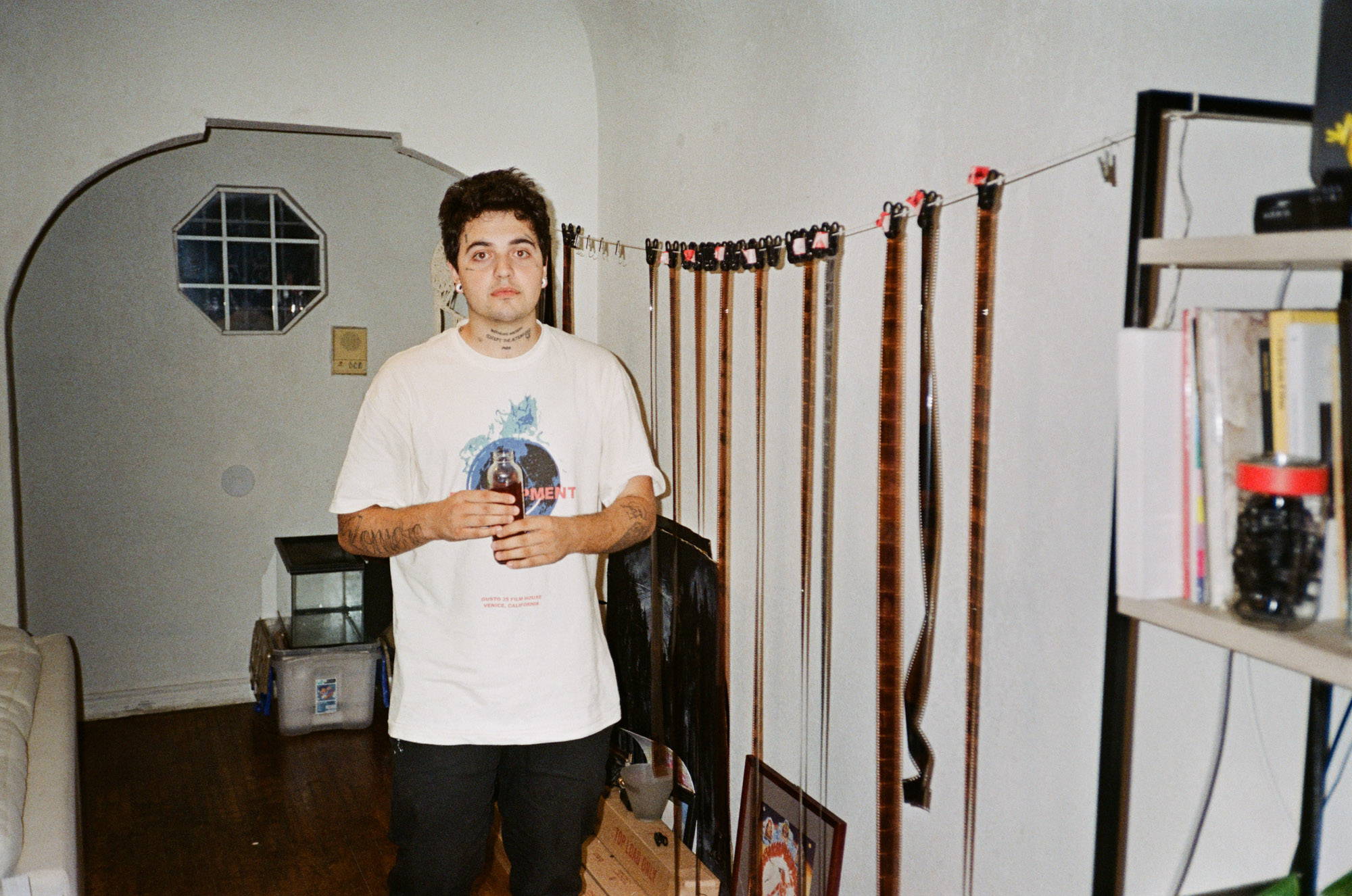 BR: How did you get into developing and scanning your own film?

Vix: The first time I tried shooting film I was 19 years old, and the scans I got back were really awful, leading me to feel very discouraged and putting the medium off to the side for a little. After a handful of months passed by, I came to find out that I was just going to a really bad lab and it wasn’t user error. I tried again down here in LA, taking it to a proper lab, and I thought the results looked amazing. But then I still wasn't super satisfied with the experience because of how much money it costs.

It cost me something outrageous like $90 for 2 rolls of film at a lab and that came with a really long turnaround. Developing at home led to much cheaper costs and also proved to be an extremely fast turnaround time. When I started getting into it, I was just doing the developing at first and then started scanning at home as well once I moved to East LA and got a Pakon film scanner which is what CVS or Walgreens use to use.

I turned my bathroom into a darkroom and would start busting out 10 rolls of film a night.
At first I only started developing and scanning for my close friends but word spread extremely fast and I started doing it for everybody who came my way.

I did this for about a year and a half and then I got a more professional scanner, like a proper $20k lab scanner. I moved the lab from the bathroom to the kitchen. I would start developing/scanning at 10 pm when everyone in my house would go to bed and go until 5am. Then I would sleep, while all the film was drying then wake up the next morning to scan it. 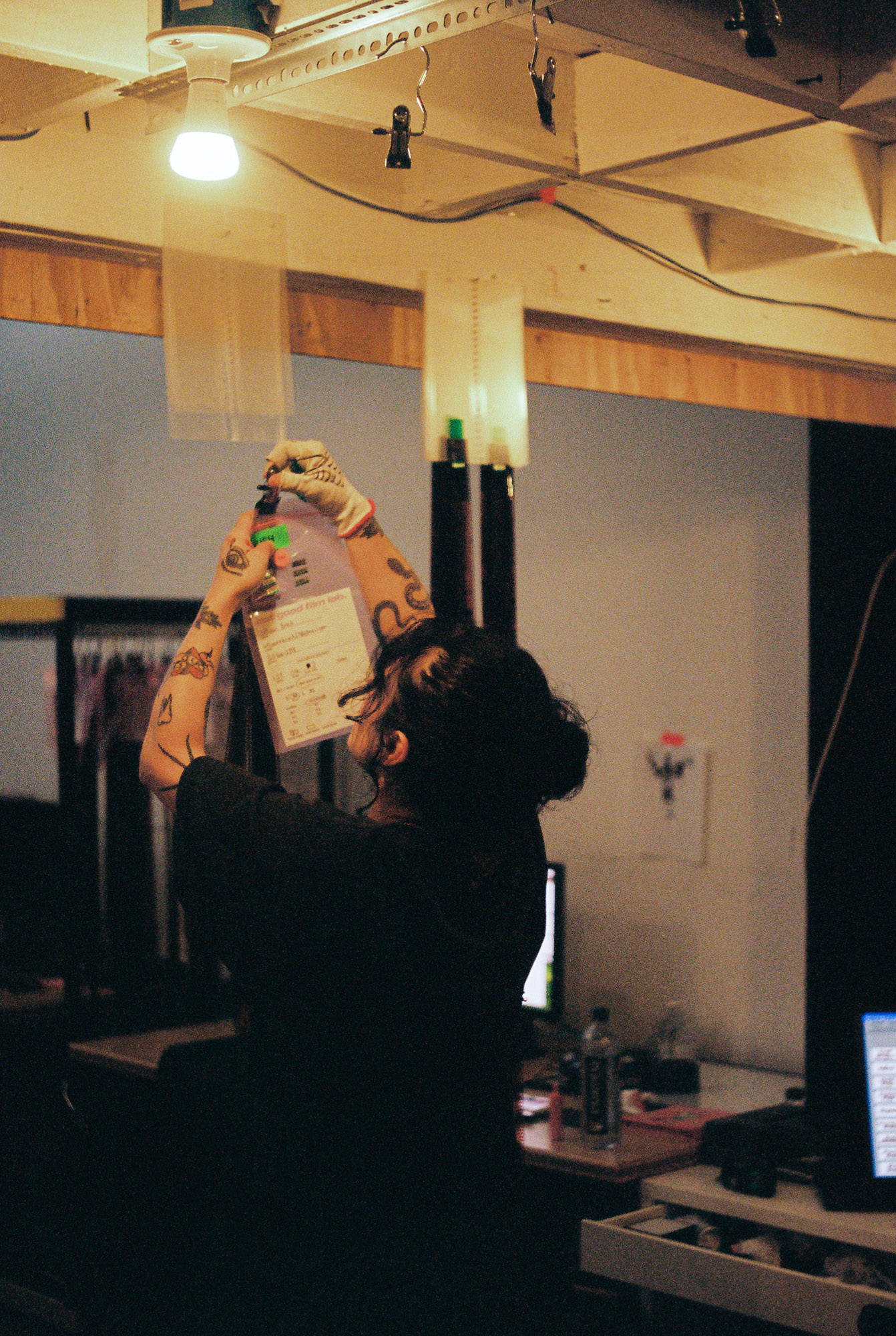 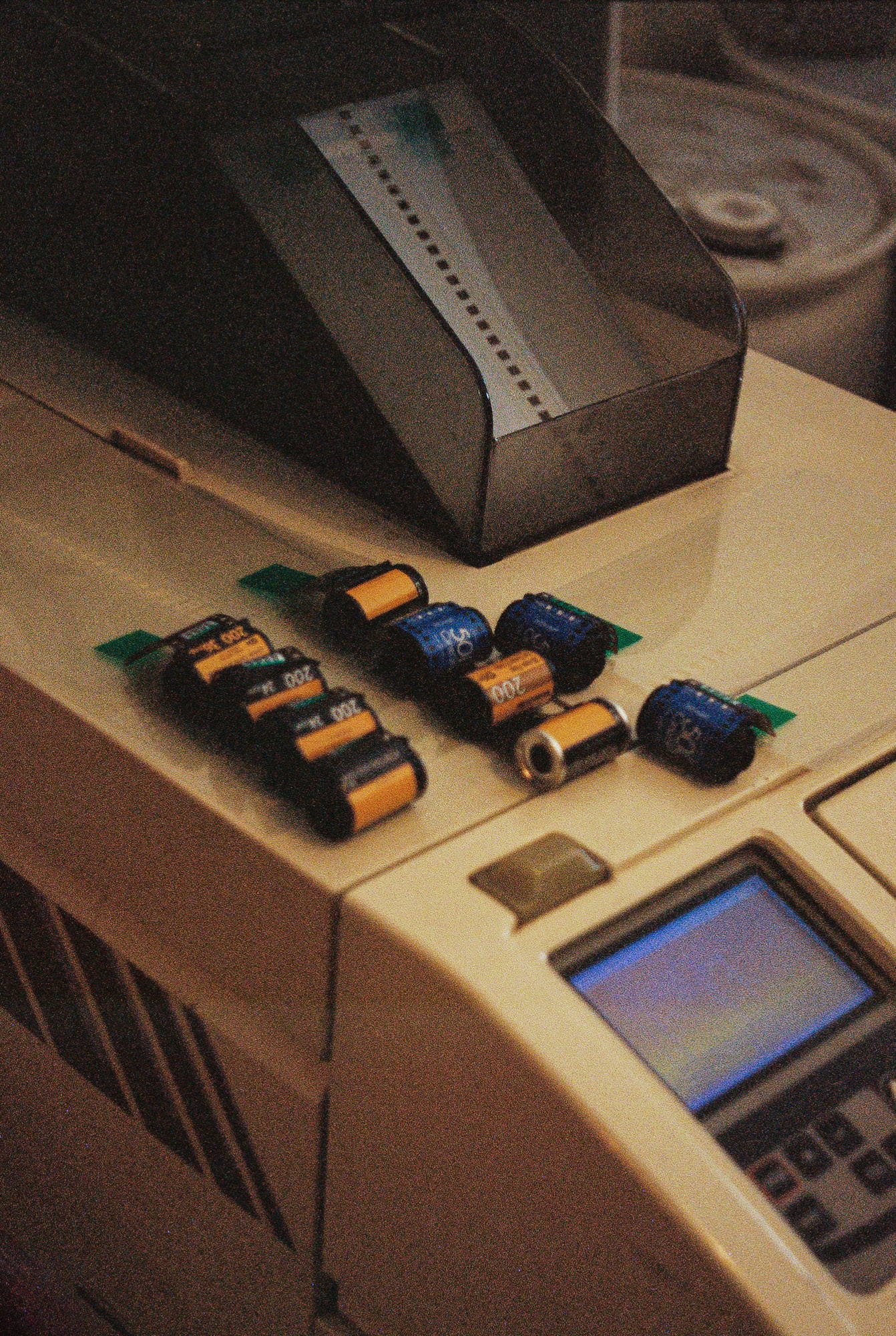 BR: How did you turn that lab in your house into what it is now?

Vix: Two former customers of mine, JMP and Mike Koziel encouraged me to start a standalone darkroom after seeing my home process take off. It was a very natural and organic start. No massive business loan or anything, you know what I mean? I had the knowledge and skill, and these guys had connections and funding, so we just kind of just made it happen. We had our first meeting in July of 2020 and we were open by the Fall of 2020.

Vix: We wanted the experience to be like seeing your friends regardless of who on our team helped you. We didn’t want it to feel like a business where you hand some random employee money and walk out. These photos could be of family, friends or clients and these photos mean a great deal to everybody so we want to treat both them and their film with great respect. A lot of our clients to this day turned into friends since most started dropping off film at my house when I first started. This is how I want every client to feel.

Some film labs are cold in the sense that they use their developing/scanning knowledge to their advantage and will charge money for things they shouldn’t be charging money for. We give many options and explain to our customers what those differences actually mean for the look of their film, which will allow them to decide what is best for their needs. “Our Generation” doesn’t mean aesthetically appealing, it means modernity in the sense of giving options of picking what scanner you prefer and having the say of how they want their photos to look like from start to finish. We also want to get their film as close to the final product as possible without having to do further editing in post. 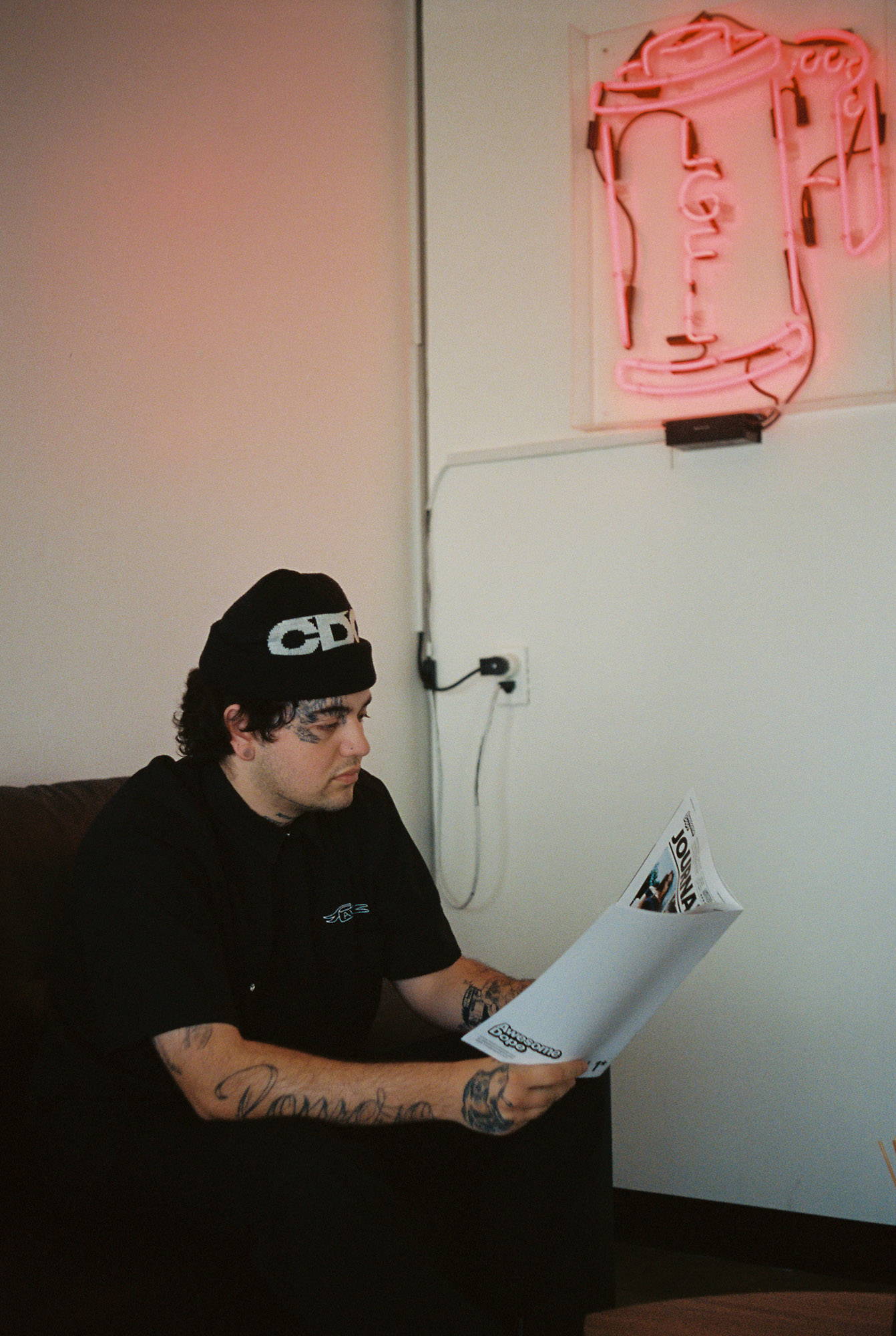 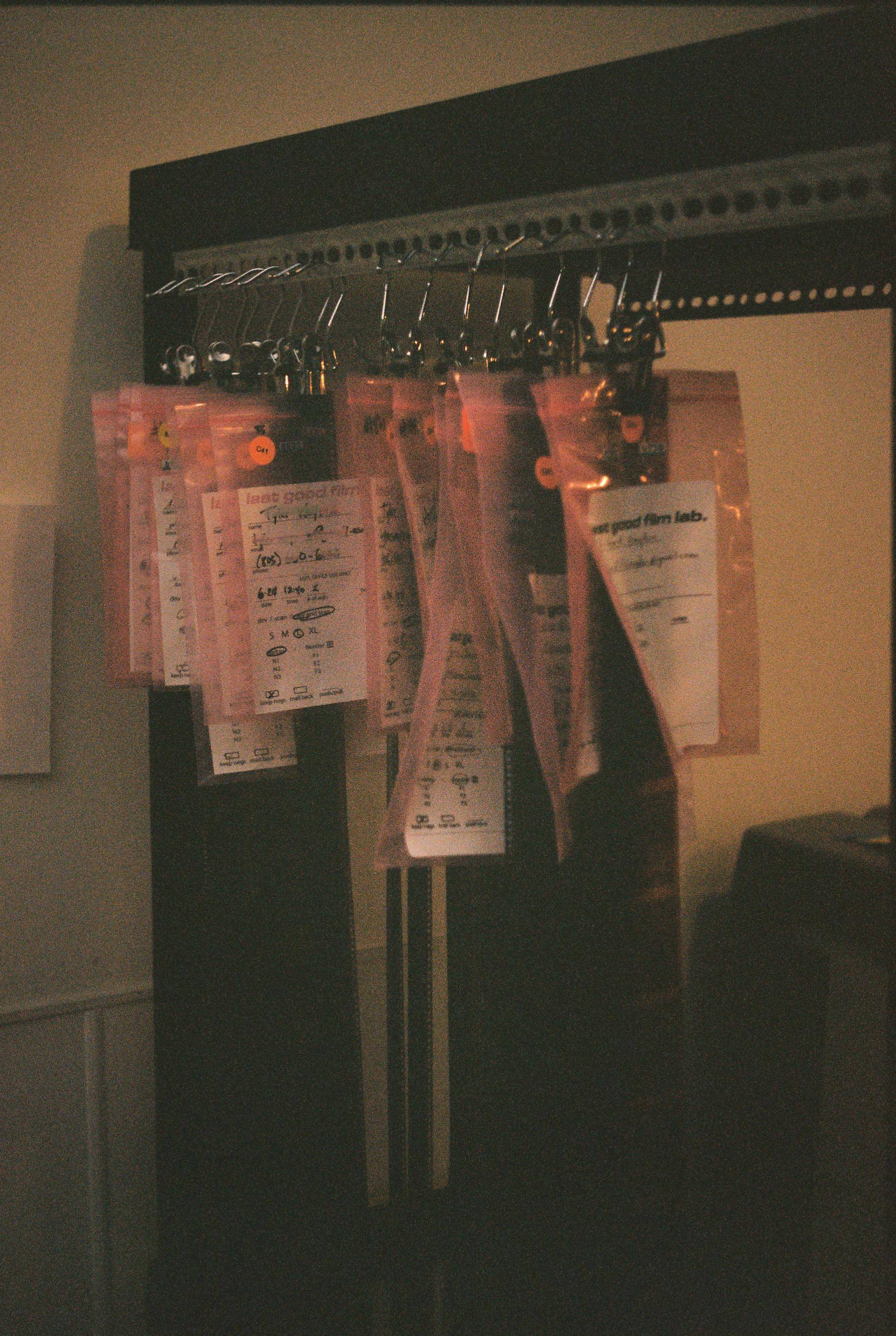 BR: What role does Last Good Film Lab play in connecting and fostering the community of LA & beyond?

Vix: If you walk into the lab, some of the first things you see on the wall are prints from clients. And it's just because we think their work is good and we wanna promote them. The role that Last Good plays is a really unique one because not a lot of labs get this kind of love. Some people come and they're like, I'm from Wyoming and I've been wanting to come to this lab forever. But now that I'm actually in LA, I get to be here. Not a lot of labs get that kind of experience. People don't travel to go see a lab. Stereotypically, film labs are relatively boring.

We talk a lot about accountability and transparency. Mistakes happen. If we ever fuck up, which we rarely do, we immediately call them and tell them what happened. I’ve never lied to a customer. We do whatever we can to mend our own mistakes and are honest all around. Also, if you’re not happy with our scans, we’ll rescan them for you at no cost in order to keep you coming back.

BR: If you could contribute one lasting impression through Last Good to the film community, what would it be?

Vix: We want to promote the ease of getting into film. At the end of the day, that’s what is going to prolong film. You know, my one lab is not going to be the reason film stays around. I want Last Good to help people feel like film was easy to get into and a breeze. I think that too many people look at film and think it's really difficult and kind of scary, but it's not.

One thing I appreciate about the film community is that other labs work together while putting competition aside to appreciate the community as a whole and help each other out if need be. If a lab runs out of chemicals, I will happily loan them some. This kind of mentality will help prolong the resurgence of film and keep it alive.

"We wanted the experience to be like seeing your friends regardless of who on our team helped you. These photos mean a great deal to everybody so we want to treat both them and their film with great respect."

BR: How do you think film fits into analog culture overall?

Vix: If I go into the lab, I'll meet countless different photographers that day. I think people do appreciate shooting film, but I think it's half appreciation, half on trend. It's like they wanna be a part of the film community and they actually organize film meetups, film walks, etc. All this cool. But then at the same time, they're only putting their film on the Internet. They're not printing it or hanging it in their house. Imagine you buy a vinyl record, and then you don't have a vinyl player. It's like, okay, so you don't listen to 'em you just like own 'em cause like just you'd own 'em? There's so much more you can do with your film than posting it on Instagram, and I hope people come to appreciate that.

I just really hope people go further with it and take their appreciation to a higher level, because there is so much that you can do with it.

BR: What is an example of taking that appreciation one step further?

Vix: One of my favorite film processes is darkroom printing. My genuine appreciation for the negative itself started to appear when I started to do darkroom prints. The highest resolution scan from a lab isn’t mind blowing but darkroom printing very much is. You can print massive and the quality won’t go down regardless of how big you go since you’re essentially transferring the negative onto a bigger negative giving you no loss in detail or quality. With digital prints you are limited, but with darkroom prints there are no limitations.

If you're doing black and white, you watch the print in front of you appear. No one knows what it looks like when you develop film, because it's all done in a canister or in a machine. But with darkroom printing, you can physically watch it happen. It’s a timely process but continues to prove very fulfilling for me, time and time again.

Be sure to check out Last Good Film Lab next time you're in Los Angeles: www.lastgoodfilmlab.com

Back to Process Journal